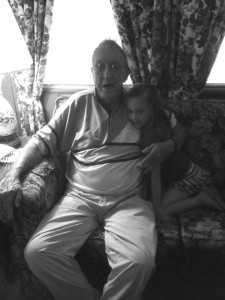 Don’t dismiss the positive effect that the elderly can have on the life of a child.  According to the United Nations, the statistical number of the elderly will surpass the number of the young by the year of 2050.   The United Nations’ explanation is that it is due to the “increases in the proportions of older person (60 years or older) are… accompanied by declines in the proportions of the young (under age 15)…” (United Nations, 2011, Online)

In our ever changing and rapidly aging population, seniors are going to become the primary voice of our society.  Thus, senior abuse and senior neglect on are the rise.   Reflectively, the number of child abuse cases have increased during this Great Recession.  Why is there a sudden rise in the number of reported cases of child abuse? A recent study lead by Dr. Rachel Berger of Children’s Hospital of Pittsburgh looked at the rise of shaken baby cases and other forms of brain-injuring. The research findings have been staggering.  During the span of this five year research study the researchers found direct correlation of the number of abuse victims in association with poverty and job instability in the home.   The sagging economy and the inability to find work has lead to a toxic environment in the nucleus home.

Sadly and ironically, the rise of elder abuse maybe a blessing in disguise.   As the senior population increases in numbers, the number of listening ears will increase.  The English Utilitarian philosopher and social reformer, Jeremy Bentham, describes this concept best.  “It is the greatest good to the greatest number of people which is the measure of right and wrong.”  Therefore, as the aging population increases, those who will be advocating on behalf of this population will increase as well.  Whereas the sad truth is, those who are advocating for children has decreased due to budget cuts and restraints over the past few years.

The sagging economy must not be blamed for our neglect as a society, rather as a society we need to take responsibility by acting proactively.  If, we can ensure that our sports stadiums and event centers receive their funds, then we must ensure that those who are the most vulnerable in our society are protected.

If Jeremy Bentham was correct, that “the greatest happiness of the greatest number is the foundation of morals and legislation,” then we must positively influence our aging population not only to advocate for their own needs, but the needs of the entirety of our global community.

The Positive Influence of the Elderly

With the increased economic burdens placed on parents, the elderly can prove a positive benefit.  For centuries, and in many cultures, the elderly were revered and venerated by their communities.  In recent years, while the global community felt an economic surge, the elderly had become a nuisance for many.

In the past few years, there has been a resurgence of need for grandparent involvement.  In many homes, parents are working multiple jobs simply to keep up with the economic mandates.  Therefore, parents are relying more-and-more upon those who have reached the “retirement” age.

Importance of Encouraging an Elder and Child Relationship

“When segregation between young and old people becomes too marked, it can have a negative impact on a society…The result could be a society in which childre 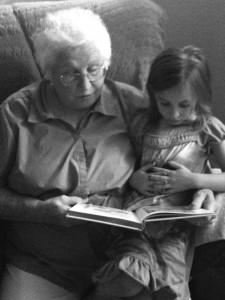 n, adults and the elderly spend even more of their time in separate spheres and gradually cease to understand each other. One way of counteracting this would be for children and elderly people to build alliances. But, if we are to succeed in this, society must first create the necessary framework.” (ScienceDaily, 2011, Online)

As the elderly age, the likelihood that they will become isolated increases.  The benefit of establishing a relationship between the elderly and the young creates an insulator of protection for both.  It ensures that the elderly not only have a quantity of life, but have an opportunity for improved quality of life.  Moreover, children are capable of learning about diversity, inclusion, empathy, understanding, compassion, and patience.

Adhikari, R., Jampaklay, A., & Chamratrithirong, A. (2011) Impact of children’s migration on health and health care seeking behavior of elderly left behind. Retrieved from http://www.medscape.com/viewarticle/741484

CBSnews.com (2011) Study: Center on Budget and Policy Priorities (2011) An update on state budget cuts, At least 46 states have imposed cuts that hurt vulnerable residents and cause job losses. Retrieved from http://www.cbpp.org/files/3-13-08sfp.pdf

The New York Times (2011) Cuts in California, How billions in budget cuts will affect the Golden State, State welfare program Retrieved from http://projects.nytimes.com/california-budget/Social%20Services