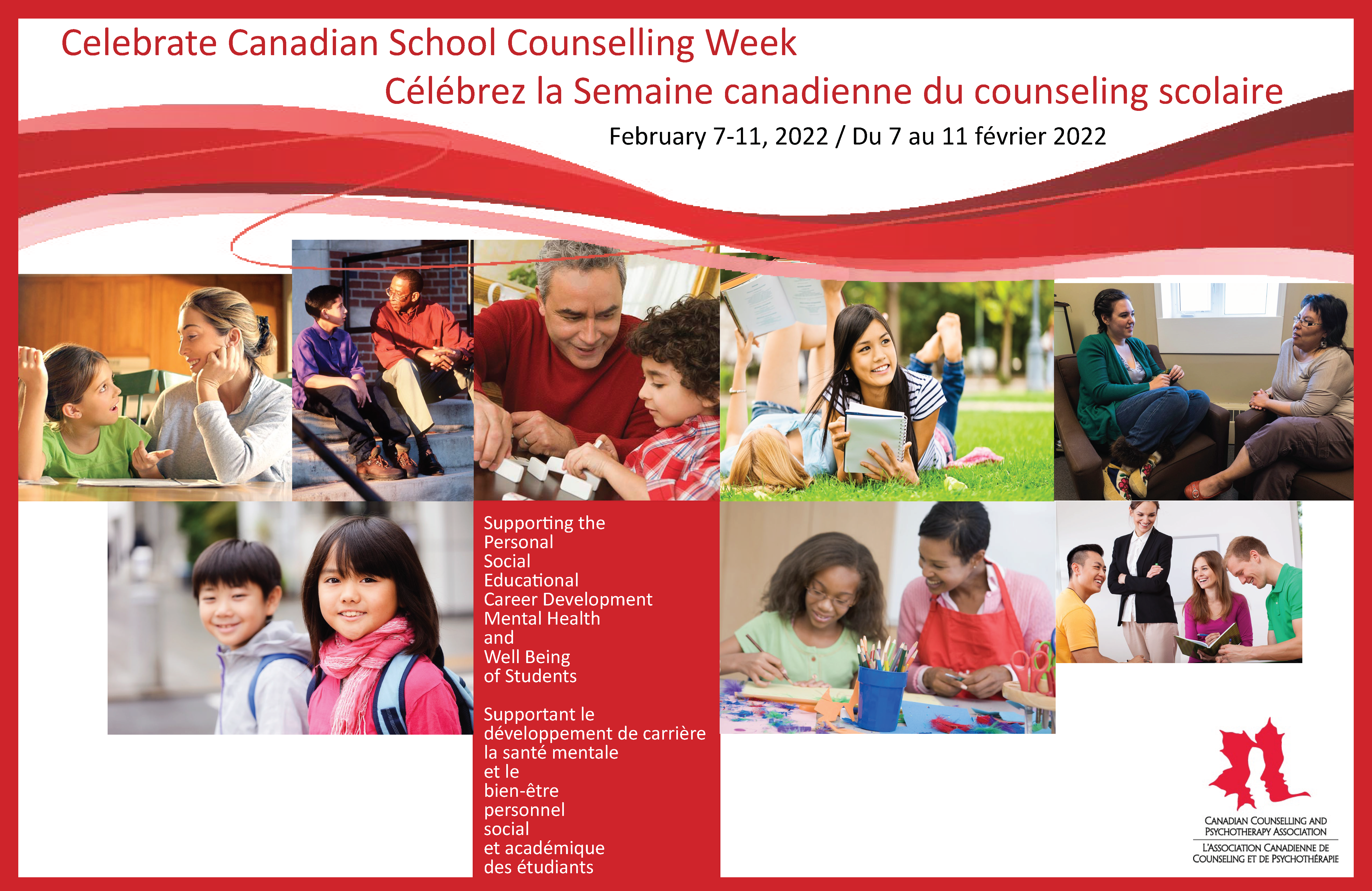 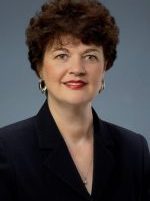 Janice Graham-Migel, PhD, RCT, CCC, CCC-S is President of the School Counsellors Chapter and Chair of the National School Counselling Committee. She previously served a two-year term as School Counsellor Liaison with the CCPA Nova Scotia Chapter and eight years on the Executive of the Nova Scotia School Counsellors Association (Director, Vice President, President, and Past President). Janice is currently serving a second term on the CERIC Practical and Academic Research Committee. In 2008, Janice completed a PhD in Educational Administration from the University of Toronto. She holds a BSA, BEd, and a Master of Arts in Education (Educational Psychology) from Mount Saint Vincent University. Janice is a Canadian Certified Counsellor and Canadian Certified Counsellor – Supervisor through the Canadian Counselling and Psychotherapy Association and a Registered Counselling Therapist through the Nova Scotia College of Counselling Therapists. A member of CCPA since 1995, Janice was the recipient of the CCPA Counsellor Practitioner Award in 1999, the CCPA Counsellor Leadership Award in 2014, and the CCPA School Counselling Award in 2015. She has worked as a school counsellor at all levels within the Halifax Regional School Board (elementary, junior high, and senior high) and is currently a school counsellor at Ridgecliff Middle School. Janice holds an Adjunct Professor appointment at Acadia University where she teaches graduate courses part-time in the School of Education. Janice’s research and practice concentrate on Comprehensive Guidance and Counselling Programs and Distributed Leadership, as well as collaboration between education and health in the context of school reform.

Lisa Cheyne-Zanyk is a Canadian Certified Counsellor with a Master’s Degree in Counselling Psychology from the University of Calgary. Lisa works full-time as a school counsellor with the Living Sky School Division (K-Gr. 12) and part-time in private practice. Lisa also teaches yoga and mindfulness meditation. Lisa has a love of learning and seeks opportunities to grow personally and professionally. Lisa believes that people are resilient, able to change and adapt, often having untapped inner strength. Lisa has enjoyed being part of the School Counsellors Chapter Executive as Treasurer, Secretary, and President and values the connections she has made through these roles. She is excited to take on the role of Past President this year.

Anne Madore, CCC, has been a Member of CCPA since 2017, a member of the School Counselor Chapter, the Counselor Educator Chapter, and a member of the Private Practice Chapter since 2019, from which she developed her Private Practice named “Connecting Health Solutions with Psychotherapy.” She is working to become a supervisor for CCPA in order to give her diverse experience and skills to other counselors. Anne also plans to become a license therapist from the province of N.B. She is looking forward to a Future Publication of a Research Paper title “Promoting Resiliency and Building Strengths Based Approach for High School Students. Anne is part of the Honor Society Organization since 2017, member of the chorus at church for several years and she is completely bilingual, speaking French and English. Anne obtained a Bachelor of Science in Nursing from Husson University in 1994, a BS in Health Education from University of Maine of Presque Isle in 2000, M. Ed (Counselling) from the University of Alaska Fairbanks in 2017 and graduated with honors. From this she has received her Teaching Certificate VI and her Interim Principal Certificate. Furthermore, she received her EECD Guidance Counselor Certificate in 2017 and is part of the ASCA since 2012. She was also a NBTA School Representative for AWSD in 2018. With Anne diverse experience and education she was also recognized and received her certificate from NPAQ in 2019, from which she can apply her Health Coaching skills, Counseling and Nursing skills. Anne has worked as a Professional Teacher, a Director, a Coordinator, and a representative for several committees and associations for more than 20 years. She has been a Professional Teacher for over 15 years in both N.B and in USA. She was a Student Representative for the Diversity Committee (1999) at UMPI and provided community services for the homeless, as well as seminars for high school students on drugs and alcohol awareness. Anne has also worked in the Health care field for over 12 years. She has worked for the Anglophone West School District in N.B, worked as an Administrator at a Primary Health Program/ Facility Manager for Horizon Health in 2015, a Director of the Recovery & Reentry Program for FNA Behavioral Heath in Fairbanks Alaska from 2012-2015. Anne was also a Health Safety & Nutrition Coordinator for Thrive Alaska Head Start from 2010-2012, a CPR / AED and a First Aid Instructor from 2011- 2016. With Anne devotion to help others, she has donated ten inches of her hair in 2014 for the Lock of Love association. This is an association to help children with their hair loss during cancer. This gesture was implied for the development of wigs and to increase children moral during the time of sickness. In addition, Anne was the Regional Chairperson for Figure Skating Development Committee. Anne has worked as a nurse at the Borderview Manner in 1994 in Van Buren, Maine. She has also organized health seminars on sport nutrition, motivation, and controlling stress for the athletes in our region of N.B (2000-2002). Not to forget she was an Administrator / Manager of her own Apartment Building Complex (1987 to 1998). Anne is still working as a Professional teacher, developing her private practice and continues to be active in several organizations. Her favorite saying and belief is that “Everyone can accomplish their goals by working hard and by always believing in themselves.”

Belinda holds a B.A. and B.Ed. as well as 2 Master of Education degrees. She holds an M.Ed. in Curriculum and an M. Ed.  in Counselling. She also holds an M.A. (with thesis) in Educational Administration.  She is a Registered Counselling Therapist through the Nova Scotia College of Counselling Therapists. A member of CCPA since 1995, Belinda was the recipient of the CCPA Counsellor Practitioners Award in 2017 and CCPA School Counselling Award 2018. She has worked as a teacher, school counsellor and administrator at all levels of education in the South Shore Regional School Board in Bridgewater, NS for 34 years. She has been a lecturer at Acadia University where she taught education students. Belinda’s has conducted research on Women in Education and Student Leadership.

Melissa Falconer is a Member of CCPA and the School Counselor Chapter. She is currently completing her Masters of Education in Counselling from the University of New Brunswick. As a New Brunswick teacher, Melissa embarked on this educational endeavor after a career opportunity opened her eyes to the world of school counselling. As she puts it, “I finally felt as though I was where I was supposed to be.”

Melissa began her teaching career in Nova Scotia following completion of a Bachelor of Arts (Honours in History and Subsidiary in Mathematics) degree from Saint Francis Xavier University (2001) and a Bachelor of Education (Elementary) degree from Mount Saint Vincent University (2007). She also holds a Masters of Education (Elementary and Middle School Education) from Mount Saint Vincent University (2013). Melissa states that she has a passion for learning and can often be found attending conferences, completing educational courses, or seeking collaborative learning opportunities.

Having previously sat on her local union executive as Member-at-Large and Resolutions Committee Chair, Melissa recognizes the enjoyment that she gets collaborating with other professionals at the executive level and finding ways in which she can contribute to her profession and support her peers. She is passionate about teacher wellness, preventing compassion fatigue in school staff as well as supporting and engaging students by fostering positive relationships and social-emotional wellness within schools. 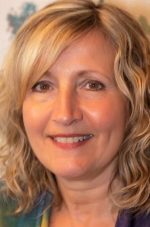 Yvette Forcier is a Canadian Certified Counsellor with a Master’s Degree in Counselling Psychology from the University of Regina, Saskatchewan. Yvette works full-time as a school counsellor with le Conseil des écoles fransaskoises CEF in 5 schools throughout mid and north Saskatchewan (K – 12) and part-time in private practice and through SageNow. She also hosts women’s weekend wellbeing retreats on her acreage. Yvette has a unique way to connect with everyone she meets which makes it easier for clients to share their innermost thoughts and feelings. This then brings about motivated people who sees themselves in a different light leading to a better self-concept and perception of themselves and the world. She has awesome tools to share with others that she herself uses on a regular basis in order to live a fun and well-balanced life. Yvette joined the School Counsellors Chapter as a member in 2019.

Jo Cullen is a Canadian Certified Counsellor and has been a member of the CCPA since graduating with a Master of Education in Counselling Psychology from Memorial University of Newfoundland in 2010. Jo presently works as a school counsellor and behaviour resource teacher at Elm Street Elementary School in Summerside, PE. She is a member of the Canadian Association of Play Therapists (CAPT) and is currently enrolled in a Play Therapy program with Maritime Play Therapy Centre. Jo’s goal as a school counsellor is to help her students develop a growth mindset and foster their social-emotional learning through play based skills development methods, so that they may learn to accept and respect themselves and others.

Julie Lindsay is a high school counselor at the American School of Bombay. She has spent 25 years working in international schools in locations like Japan, Syria, China, the Philippines, and most recently, India.  She is a certified counselor, originally from Nova Scotia, that loves bringing mindfulness education and support to adolescents, particularly Third Culture Kids (TCKs).  Most recently, Julie has been involved in the development of advisory programs in partnership with SEE Learning, helping students and teachers explore and develop their strengths and resilience. Julie is a professional member of ISCA and IACAC and is appreciative of the opportunity to serve with the school counselors in the CCPA executive group. Julie holds a graduate degree in Education from Mount Saint Vincent University and a Master’s degree in International Counseling from Lehigh University.  Julie has two grown children that have travelled the world with her keeping her humble, grounded, resilient, and learning everyday.

Boyd is an experienced school counsellor of over 20 years, holding degrees from Memorial University of Newfoundland. He has expertise in the field of adolescent and child counselling dealing with a variety of issues.  Working with families to address the myriad of issues facing children of all ages has been his passion and focus throughout his counselling career.  Additionally, he is an ardent advocate for mental health and a leader within the counselling community.  He has held leadership positions with the Newfoundland and Labrador Counsellors’ and Psychologists’ Association (NLCPA), the Community Coalition for Mental Health (CC4MH), the Canadian Counselling and Psychotherapy Association (CCPA), and the Federation of Associations of Counselling Therapists in Newfoundland and Labrador (FACT-NL).  Boyd is also a sessional instructor with the Faculty of Education at Memorial University where he has taught courses in the areas of Learning Disabilities, Inclusion, Special Education and School Counselling. 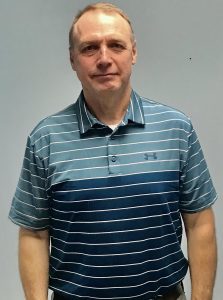 Congratulations to Gerard Lowe who is the recipient of the 2020 CCPA School Counselling Award.

The purpose of this award is to recognize the work of exceptional School Counsellors and acknowledge their personal and professional commitment to the profession.

Gerard is a School Counsellor at Corner Brook Regional High, in Corner Brook, Newfoundland.  Gerard was chosen for his commitment to improving the lives of students, developing community initiatives for youth at risk, and advocating for changes to help youth experiencing barriers in their lives.  Gerard has also provided supervision to interns on a regular basis, demonstrating leadership that helps the counselling profession maintain core competencies and grow.