February 2015 is a month of many celebration-cultural, mythical and social. I attended an event organized by a local youth group on deconstructing February and demystifying valentine day. I found the concept fascinating and learned that certain days in February are surrounded by folklore, such as the 16th, which supposedly is the day of the Devil’s Dance. On this day, a sorcerer of Tibet was called upon to exorcise demons and evil spirits from the local population. Those Aquarius’s born on this day are said to posses great courage as a result. On the 12th of the month, Diana, the Roman goddess of hunt, was said to spread her protection from the forests near Aricia (her shrine) to all over the world. The event which was held the week prior to Valentine’s Day is called “National Dump Your Significant Jerk Week”, so that one may get rid of their own bad relationship and have a new Valentine. February 7 – 14 is “Rejection Risk Awareness Week”, to raise awareness of social rejection through dating. Apparently this event was founded by syndicated advice columnist Harlen Cohen, to help people know that they are not alone when being rejected for love. R.A.W. is not about getting rejected. It’s about overcoming the fear of rejection and taking the risk that leads to love. 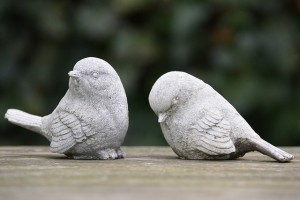 I have used this concept of Rejection Risk Awareness with my youth group from various diverse backgrounds and cultural groups and find that no matter what the language of love is in no matter how many languages, effects of rejection can be spoken under one universal language and when this rejection is addressed as a group and proceed as a group, the healing is more powerful than celebrating love. So as we celebrate February as a month of mystery, mythology, and romance, lets get our fill of all three before its short span is over with.