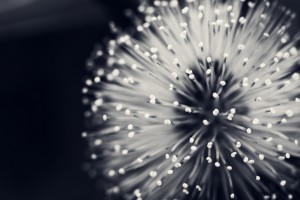 How do you know if you are prejudice against a certain cultural group? Most people are not overtly racist against cultural groups because of the fear that they will be perceived as a racist. However, the deep internalized feelings towards particular cultural groups may translate into unconscious racist attitudes, which could lead to a pattern of discrimination over time. Unconscious racism is attributed to implicit negative feelings or beliefs, which are formed by biases and are non-verbally expressed. Negative biases regarding race may occur without full awareness and commonly function as an automatic thought. In comparison, racial prejudice is a conscious and deliberate racial attitude that is verbally expressed. It is important to acknowledge our unconscious biases regarding race because it can govern our thoughts and behaviors.

In light of the recent events in the United States, and the many opinions around whether racism exists and what constitutes as racism, we are presented with an opportunity to reflect on our own internal dialogue around race and equality.

Society has come a long way, from being explicit and out right prejudice against cultural groups to being subtle and discrete about racial prejudices. These categorizations have resulted in the division of people and are supported by cultural discourse. Socialization has taught people to not explicitly voice negative feelings about cultural groups. Instead, most people store these associations and attitudes in their long-term memory; these thoughts become unconsciously based, and are then acted out through nonverbal behaviors. Most people have negative biases, which are deeply held unconsciously and thus may surface automatically and without full awareness. People categorized others to be bad or good based on what they look like. For instance, we are taught that white is good, and the fairer one is, the more acceptance he/she will receive in society. The maintenance of this division of thought is supported by collective views. Each culture has its own cultural norms and in turn, their own cultural biases, described as cultural discourses. As a result, people belong to a multitude of cultural discourses. Literature has stated that people tend to internalize cultural discourses, and therefore automatically form biases about others. It is imperative to understand your own biases regarding race. I encourage you to be honest with yourself to uncover your own unconscious biases by being aware of your internal self-talk and your body language. By taking personal responsibility, together we can work to build a stronger social fabric by promoting laws and social discourse that are fair and equitable across cultural groups.