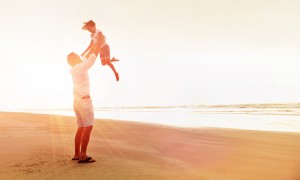 The principle focus of research on parental attachment and involvement has been about mothers and their young children, with the role of fathers relatively neglected. In addition, the study of father–child relational processes during the adolescent period has been meager, compared to mother–child influences during adolescence. The few studies on father–adolescent relationships rarely focus on the father–daughter attachment bond. Dr. Sandhu’s research study aimed primarily to consider the nature of father attachment on the social and emotional development of adolescent girls. The variables of interest were Father Attachment, Social Problems, Social Competence, and Internalizing Behavioral Problems, as perceived by adolescent girls. The archival survey data for this study were gathered from 246 adolescent females from a Catholic school between the ages of 14 and 16 years old who participated in Dr. Ferrari’s 2008 study on “Attachment, personal resources and coping in trait-anxious adolescent girls.”

Incorporating these findings in prevention and treatment programs could prove to be crucial, particularly for programs aimed at promoting emotional well being among adolescent girls. Specifically, these findings are important for mental health therapists on several levels. When compared to mothers, fathers rarely are included by clinicians to participate in the treatment of their children’s psychological problems. This pattern is true for single parents (e.g., separated, divorced, or never-married parents) and married or remarried parents. Offering father–daughter treatment in therapy may have important ramifications for the effectiveness of the therapy, as there has been empirical evidence that engaging fathers in therapy can enhance the therapeutic effectiveness of those services. Perhaps more educational efforts, such as highlighting the influence fathers have on their adolescent daughters’ psychosocial development, could help therapy seem more appealing to fathers. In this realm of educational training, graduate programs should include more extensive training on family systems to alert therapists to the importance of father attachment on their adolescent daughters’ psychosocial development.

Dr. Sandhu’s research offers greater understanding of the role fathers play in their adolescent daughters’ lives and the influences fathers have on their daughter’s social and emotional development from the perspective of Canadian Catholic adolescent girls’ self-reports. The current study adds to the limited existing literature on father–daughter attachment. However, more research is needed to fully understand fatherhood as a construct and to make the role of fathers one that is publically visible and highly appreciated.