In response to a series of conversations with Canadian mental health practitioners who employ the intentional use of dance, drama, art, photographs, music and/or creative writing in their practice, this chapter was formed within the Canadian Counselling Association for counsellors who use the arts in the counselling approach and for those who identify as Creative Arts Therapists.

This chapter provides a tangible forum through which mental health practitioners who employ the use of the arts in/as therapy can engage in open dialogue on issues pertaining to training, research, and practice. This chapter can also serve as a vehicle for lobbying appropriate university departments and facilities, governments and agencies to meet their goal of preparing competent counsellors by providing education on the variance between the arts in counselling and the arts as therapy.

The Creative Arts in Counselling Chapter was approved by the CCPA Board of Directors at its May 2003 meeting. A provisory CAC Board was formed and a mandate and by-laws were completed. 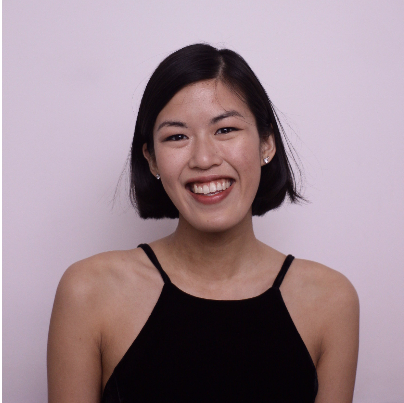 Rowena Tam (she/her) is a drama therapist (M.A.), arts educator, and member of the Quebec Counselling Association (QCA) executive team. Practicing with an anti-oppressive lens, Rowena has clinical experience working with immigrant/refugee youth and families, womxn in prison, as well as children and adults with neurotypical and neurodiverse abilities. Rowena currently divides her time between Montréal and Toronto, and acknowledges her position as a settler on unceded Indigenous lands with the Kanien’kehá:ka Nation recognized as the custodians of Tiohtiá:ke/Montreal, and the area known as Tkaronto caretaken by the Anishinabek Nation, the Chippewa, the Haudenosaunee, the Huron-Wendat, the Métis, and the Mississaugas of the Credit. 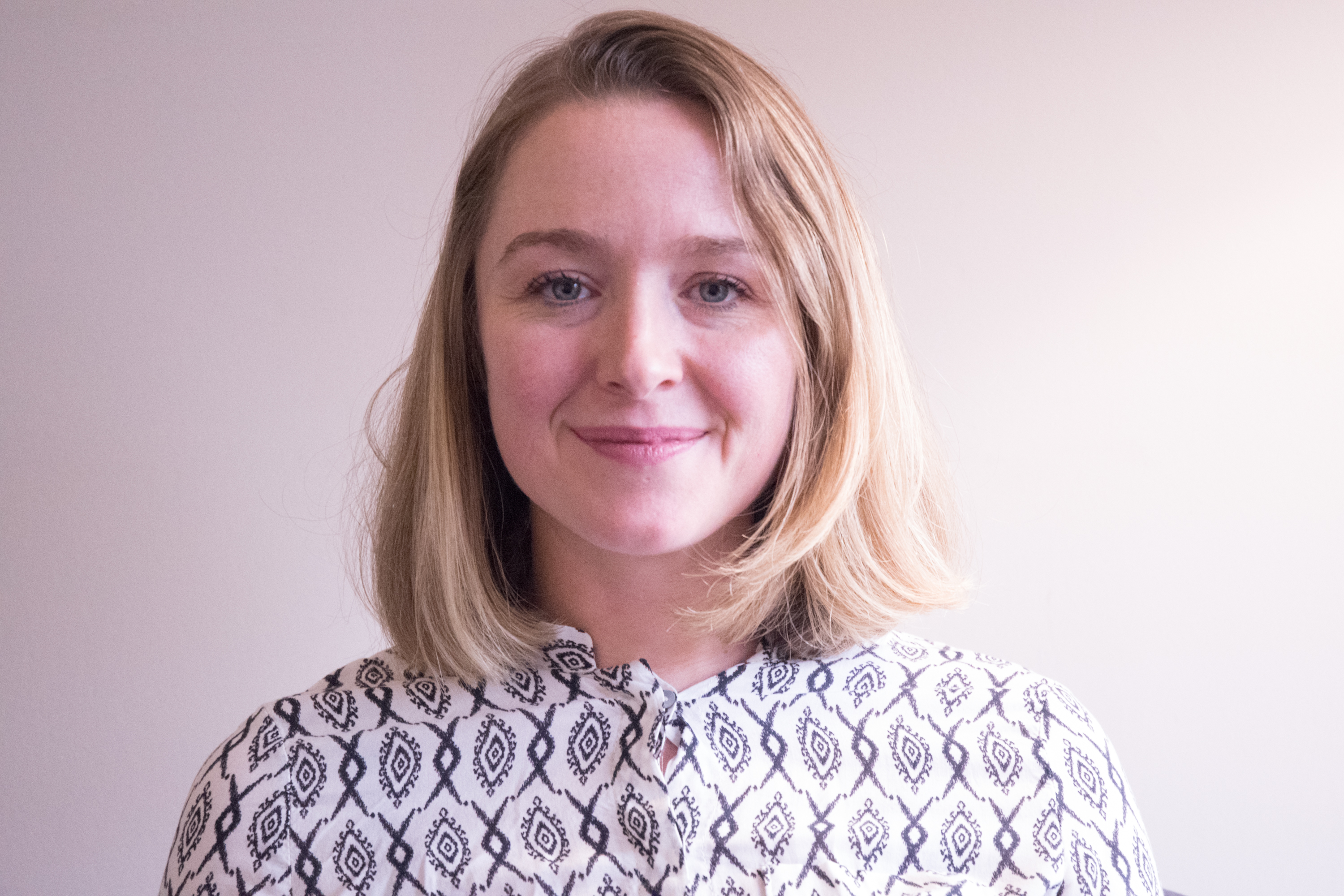 Gabrielle is a licensed teacher, artist, art-therapist (M.A.), member of the Quebec Art Therapy Association (AATQ) and founding member of Canevas art therapy Centre in Tiohtiá:ke, also known as Montreal.  Her goal as an art therapist is to support individuals and groups in achieving emotional and psychological well-being through creativity and art. Her therapeutic approach is drawn primarily from narrative and humanistic values, which acknowledges individuals and groups as the authors and creative forces of their experiences.  She is committed to working with adults, the elderly population, recent immigrants to Quebec, and is especially experienced in working with caregivers, woman how are experiencing difficult transitions and children who have mental health issues. Gabrielle acknowledges that she lives and works on unceded Indigenous lands. The Kanien’kehá:ka Nation is recognized as the custodians of the lands and waters on which we gather today. Tiohtiá:ke/Montreal, is historically known as a gathering place for many First Nations. 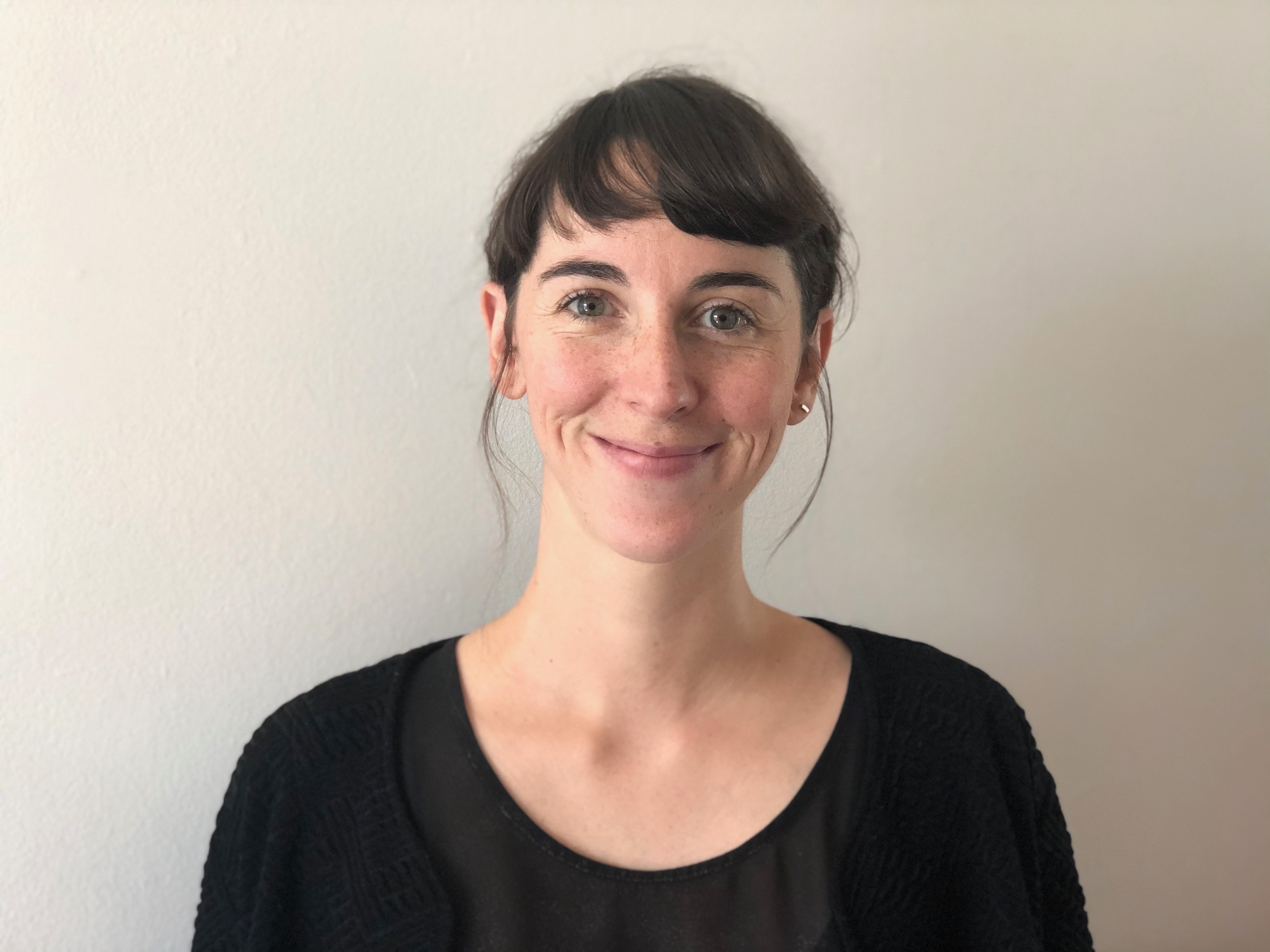 Audrey-Anne Frenette is an art-therapist (M.A) and the owner of a jewelry company. She believes that every individual is creative, and has the capacity to adapt. She is committed to working with children through art therapy, as her goal is to help them find and develop effective ways to express themselves, and to overcome their difficulties to transform their suffering. Her work as an art-therapist also seeks to focus on preventing symptoms rather than treating them. She has educational experience working with pre-school aged children as well as clinical experience working with adults experiencing psychological and emotional difficulties and with immigrant children and their families. Audrey-Anne is from Saint-Jean-sur-Richelieu, and for the past 9 years, she’s been living on the island of Tiohtiá:ke also known as the island of Montreal. Audrey-Anne acknowledges and is sensitive to her role as a settler currently residing on the traditional territories of First Nations communities. 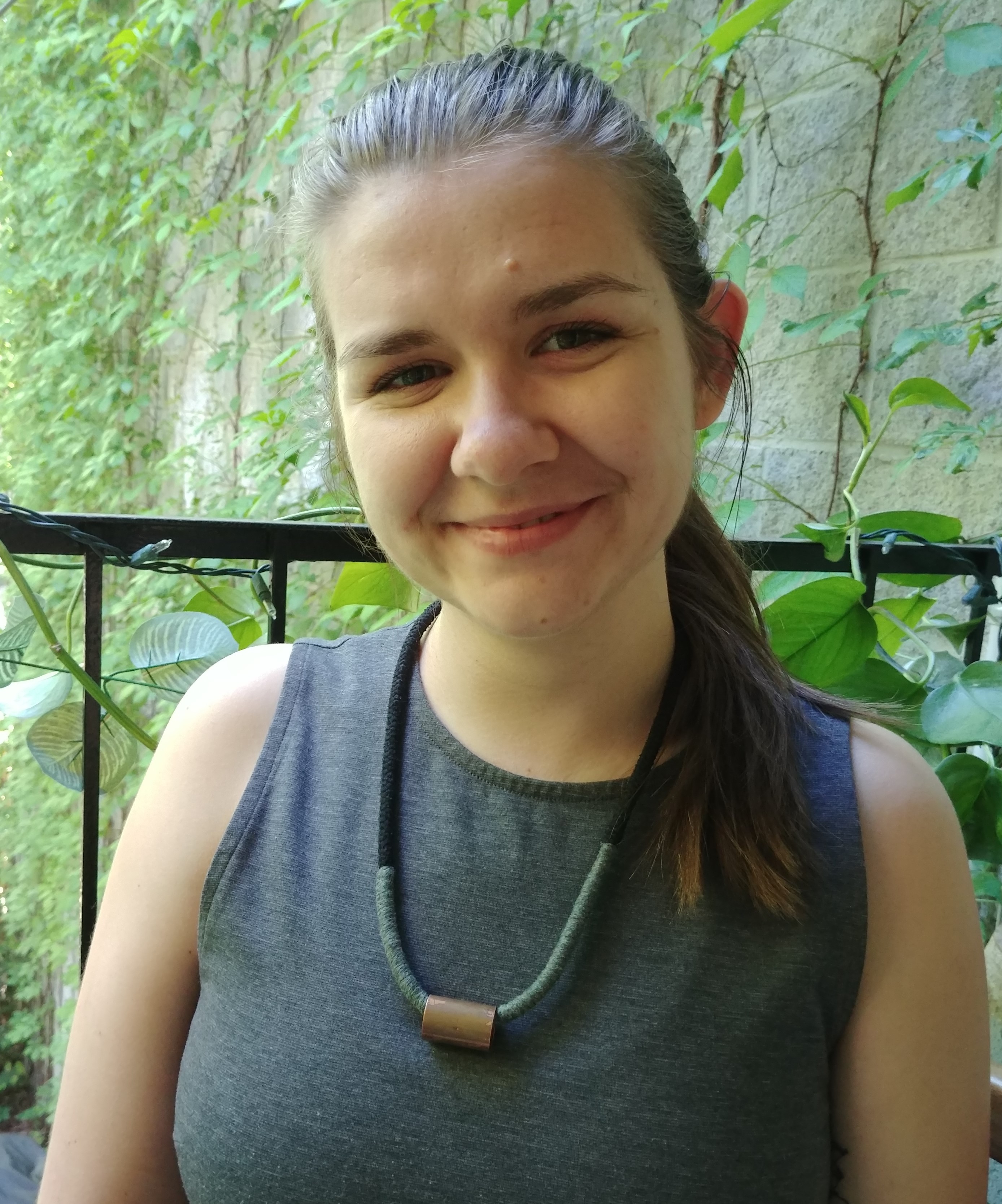 Cassandra Brennan is a Drama Therapist who recently completed her Masters in Creative Arts Therapies at Concordia University. She has worked in recent years with the Art Hives network to explore public forms of therapeutic practice within the creative arts therapies. She hopes to continue working to find ways to make drama therapy more accessible to the public and advocate for the powerful potential of the creative arts therapies. She has experience working with individuals with anxiety and other mood-related disorders, as well as geriatric populations. Her work brings her to witness the resiliency of the human spirit in others each day. Cassandra acknowledges that she is a settler currently living on the land of the traditional territory of the Anishnabek. 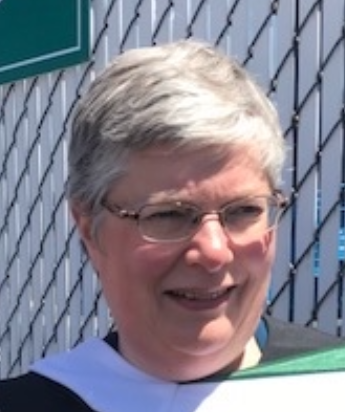 Melody Newcomb is an accredited music therapist (MTA) and music educator who recently completed an MA in Clinical Mental Health Counseling – Expressive Arts Therapy from Lesley University in Cambridge, Massachusetts. She has worked with adolescents in a variety of settings: residential treatment, schools, and currently in an outpatient eating disorder program as well as a community counselling centre. She also works with adults in hospital and the community living with mental health issues. She uses the arts to help clients and patients express and embody their own story and strengths. She is humbled to be a witness to the struggle of clients and supports their resilience and recovery. Play and creativity in a safe and accepting container are at the heart of her practice. Melody lives in Winnipeg, which is located on the original lands of the Anishinaabeg, Cree, Oji-Cree, Dakota, and Dene peoples, and on the homeland of the Métis nation. She respects the Treaties that were made on these territories, she acknowledges the harms and mistakes of the past, and she dedicates herself to move forward in partnership with Indigenous communities in a spirit of reconciliation and collaboration. 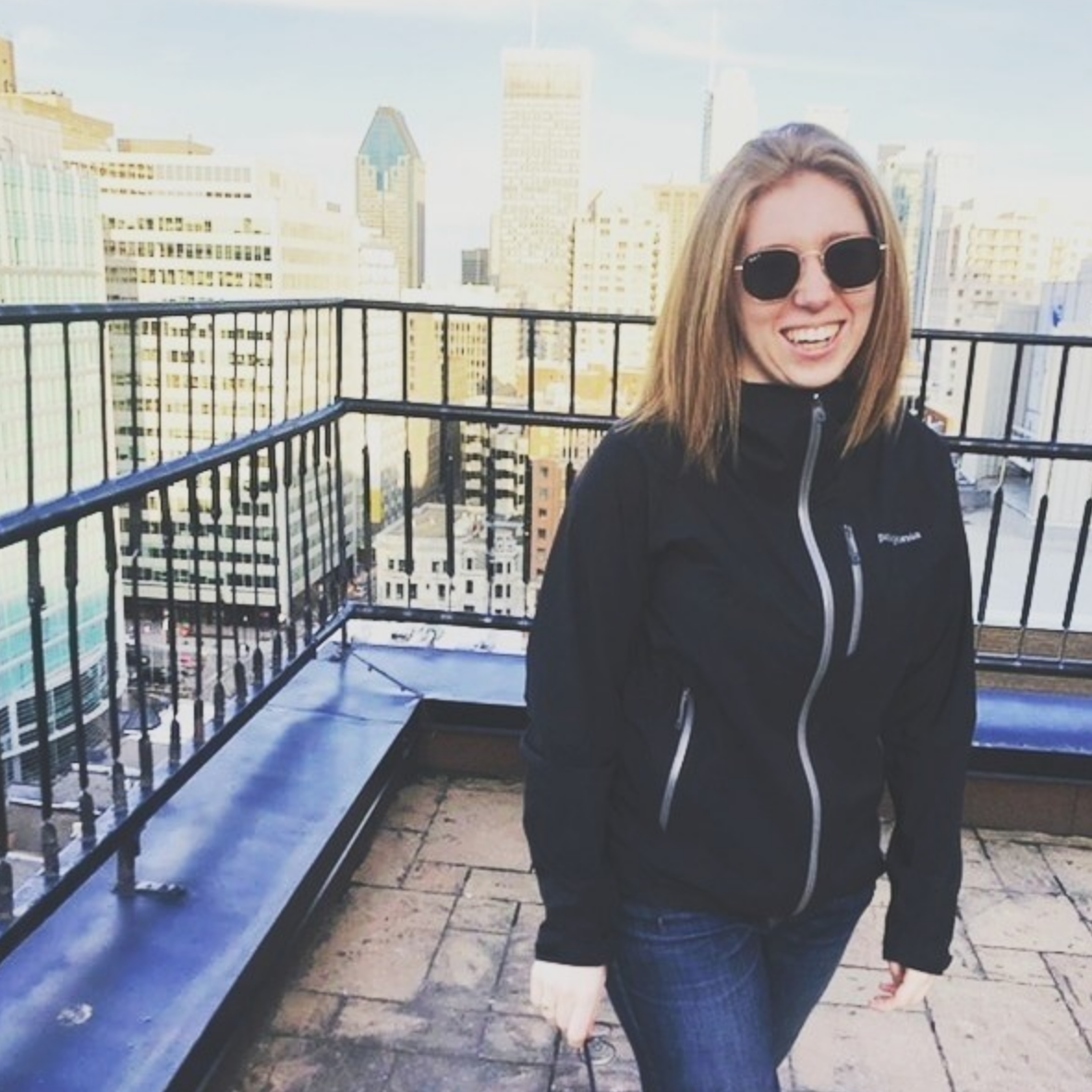 A recent graduate of Concordia University’s Graduate Diploma in Music Therapy, Lorelei is just beginning her career as a music therapist! Lorelei is originally from Montreal (acknowledged as the traditional and unceded territory of the Kanien’keha:ka— Mohawk). During her Bachelor of Music at McGill University, Lorelei began looking for ways to combine her two interests: music and psychology. This lead her in the direction of music therapy! Lorelei has worked as a music therapist primarily in long-term care facilities and with people of varying developmental & intellectual disabilities. Lorelei has returned to Halifax (acknowledged as Mi’kma’ki, the ancestral and unceded territory of the Mi’kmaq People). She currently works as a musician with the Canadian Armed Forces while working to develop music therapy programs in the local community.

Send a message to our CACP Chapter president!

The Chapter’s bylaws are a set of rules that control the actions of its members and govern the internal management of the Chapter.