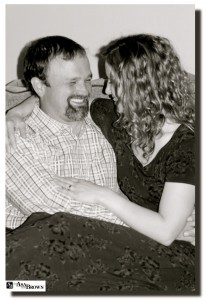 Love means not ever having to say you’re sorry.
~ Erich Segal

APPROPRIATE FORMS OF AFFECTION AND LOVE

The greatest thing you’ll ever learn is to love and be loved in return.

As a parent, you should strive to set guidelines of  what is appropriate. In healthy relationships, parents should feel comfortable displaying suitable forms of affection.  Children should never feel at odds with displays of parental affection.  If parents begin displaying appropriate and healthy forms of affection when a child is young, then when they mature they will have mental images of a healthy relationship.

INAPPROPRIATE FORMS OF AFFECTION AND LOVE

Love should be a vehicle allowed to travel without limitations .

Children are sponges, soaking up every verbal and nonverbal interaction.  If children are shown displays of affection that are only appropriate for the bedroom, then their childlike minds will infer that this is an appropriate act for any age.

An objective of parents should be to offer an open line of communication, reassuring children that it is always safe to ask questions or pose concerns.   “If parents are attuned to their child, they are sensitive to the child’s signals…” (Hendrix and Hunt, 2004, p. 140) Therefore, alerting parents to any behavioral changes or attitudes that may occur.

I have found the paradox, that if you love until it hurts, there can be no more hurt, only more love.

Marriages that lack affection are often stagnate, lacking personal flow between the couple. What causes stagnation? In some cases, the marriage has evolved from a highly affectionate and interactive relationship to a relationship lacking of expressions of affection because of interpersonal trials and tribulations.  In other cases, the “couple,” have never known such a bond.   People often have images of what they are seeking when they enter a relationship.  “Unfortunately, for many of us this picture is highly idealized or romanticized and bears little resemblance to who is actually to marry.  In marriage, ‘the honeymoon is over’ is the pop phrase for the difference between the idealized person we hoped was our mate and the real person who, shortly after the marriage, we ‘discover’ is our mate.” (Glasser and Glasser, 2000, p. 67)

Idealizing and romanticizing is similar to fueling your body with candy bar; while your body uses the sugars from the candy bar to boosts its energy level, in time the fuel sloughs off leaving your body feeling depleted of energy.   Unfortunately, when a relationship is based on “false pretenses,” you will soon begin to discover that the foundations of your relationship are sloughing off  leaving little attractiveness and cohesiveness.

THE IMPORTANCE OF PARENTAL EXPRESSIONS OF LOVE AND AFFECTION

Children who are taught appropriate forms of affection early on, have an internal barometer that is capable of measuring and forecasting what is appropriate and inappropriate in future relationships.  When parents offer a healthy expression of love and affection, they guide their children down pathways of appropriateness.

STYLES AND EXPRESSIONS OF AFFECTION

The most important thing in life is to learn how to give out love, and to let it come in.

To begin, we must acknowledge that affection and the expressions of our love have cultural significance.  Whether we are flirting, hugging, kissing, holding hands, or offering subtle nonverbal or verbal gestures or communication; expressions of love and affection are influenced by societal images and ideologies.  It is prudent that we are aware of the appropriate and inappropriate displays of affection within our society.  If we teach our children to outwardly display a form of affection that is deemed culturally inappropriate, we are setting our children up for possible conflicts and potential hardships.  We should be sensitive to the culture with which we live.

Individuals who purposefully display affection through either holding hands, hugs, kissing, flirting, or some other nonverbal or verbal gesture or communication; are more apt to have healthier forms of communication.  For it is the purposeful expression that reinforces the relationship’s core foundations of trust and intimacy.

Children should be witnesses of parental affection.  They should learn what is appropriate and inappropriate through the verbal and nonverbal interactions of their parents.

Glasser, W., Glasser, C. (2000) Getting together and staying together, Solving the mystery of  marriage. New York, New York:  HarperCollins

12 comments on “Parental Expressions of Love and Affection”