Ever wonder why bullies get away with what they do to others? Sometimes they walk away with little or no consequences for their abuse. For those of us who have been on the receiving end of the abuse, how many times have we racked our brains to figure out how we let the abuse happen? The following points are taken once more from Mrs. Hirigoyen’s book, though the author doesn’t lay them out this w

Bullying has three essential steps that overlap. Even though they overlap, there’s a progressive emphasis on each of these.

Seduction: This is the first step to get a hold on his victim. The violence hides behind flattery and intimidation. At the onset, its manifestation is passive-aggressive: sarcasm, non-verbal cues, manipulation, ambiguity, lies, etc. The victim comes to question whether the tension or conflict he perceives with the not-yet-obvious abuser is his fault, whether it’s in his imagination, or whether there really is underlying violence in the other’s actions or words.

Paralysis: The bully will do everything to cut-off his prey from any kind of support that could help break his hold (isolation). The observers to the acts of aggression will likely choose to walk away and turn a blind eye to those acts so as not to draw the hostility towards them. Unfortunately, the cowardice can easily be interpreted by both victim and bully as agreement with the abuse. Thus the victim begins to feel isolated and cornered.

Vampirism: Now that his victim has become immobilized by fear and confusion, the bully eyes greedily those qualities of his victim he’s been wanting to attribute to himself or destroy. Like a vampire, he sucks in the life-giving strengths of his victim in order to fill the void left by his narcissistic injury. He takes all he can and gives nothing back, until the victim collapses under the constant drain or chooses to fight back. Even when it is apparent that his own happiness won’t be achieved in the process, the bully prefers to ruin the victim’s happiness than to let him live happily.

As you read this, you may have been relating these steps to some time of abuse. After the fact, we are able to take a step back and see the progressive abuse. At the time, as we went through the seduction and paralysis phases, our attention was drawn away from the abuse, just like a magician drawing our eyes away from the secrets behind his magic tricks. 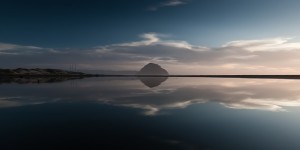 What strategies did your bully use to draw your attention away from the violence that was draining the life out of you? What was that life that he was trying to take away from you? Remember that, ultimately, bullying says everything about the bully, it says nothing about you. It’s a reflection of his insecurities, not of your imperfections.