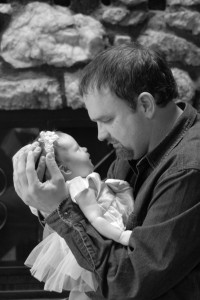 What are the effects of verbal abuse on children? How am I defining verbal abuse? Verbal abuse is any aggressive behavior that occurs through human communication. Such behaviors include: belittling, swearing, name-calling, negatively criticizing, threatening, ordering, and the undermining of a person’s integrity.  The intent of verbal abuse is often to prove rude, offensive, disparaging, defamatory, slanderous, and scornful.  It’s overall intent is often to degrade the soul and mind of the individual to such a degree that they are without an ability to retaliate.

As a therapist, I have heard all types of excuses why verbal abuse is acceptable. Parents have tried blaming their child’s behaviors, attitudes, and perceptions as being the catalyst of their own negative behavior. It is not uncommon to witness a parent deflect, but it is rare to hear a defensive parent accept responsibility.  Moreover, we all know that many parental behaviors are learned behaviors, attitudes, and perceptions.  Parents have learned from watching and witnessing their own parents, teachers, and others who played a significant roles in their life.

As parents, we are the adults. We are accountable to our children to ensure that they are raised in an environment that is safe, caring, nurturing, and filled with an atmosphere of unconditional acceptance and self-regard.  Why then, do we allow ourselves to get so entrenched in the negative behaviors that we would consider verbally harming our children?

Maybe your way of coping is to lash out. Perhaps you were raised in a home that verbal abuse was a norm. If so, then you have a challenge ahead of you. It is prudent that you curtail your previously known way of verbal discipline or correction, while adapting a sutler way that is positively influential.

In my professional, as well as, my personal opinion; I unequivocally believe that verbal abuse is a criminal act.  If I were to intentionally punch my wife, I would be facing an assortment of criminal charges.  However, if I were to disparage my wife with the intent to cause emotional harm, it is seldom that I would face any formable charges.   Moreover, if I were to use the same tactics in the presence or towards my child,  there would be no greater ramifications.   Why is it that physical abuse is stomped out like a wild blaze, but the very act of verbal hostility is overlooked?

As a practitioner, I don’t believe in comparing and contrasting abuse, because there are no benefits in saying that verbal abuse has a greater impact than that of physical abuse.

In my opinion, abuse is defined by the intent. If I intended on causing harm unto someone, then my character has proven to be reprehensible.  The way with which we speak unto our children, can prove a verbal shield protecting them from possible projectiles aimed at them in the future; or it can prove a verbal slap causing their very person to decay beneath our verbal hostilities.

You might be saying, it is unrealistic to expect that a parent remain calm.  What if you were standing before a judge for some criminal act? What if that judge decided to call you names, belittle you, and disparage you as a person?  In most cases, you wouldn’t stand for it; and you would probably not only ask for a change of venue, but would probably consider filing a civil suit.  Why then, is it right for a parent who’s role is not only that of a judge but of a consoler, to cause intentional harm?

Are you not raising a maturing adult? Does your child not deserve the same respect that you may desire?  Children are not only deserving of respect, but of a style of parenting that is unconditionally accepting.   Parents are often pushed to the brink when they themselves are without resourceful tools to cope, manage, or deal with their child’s needs, temperament, and personality.   It is important that parents seek sound advice when they no longer have productive resources in their tool belt.

What are some of the effects of verbal abuse? A child may develop a low self-esteem, self-image, perception or worldview. The child may act out the negative and aggressive behaviors received from their parents.  They may be using substances, alcohol, and illegal narcotics to dull the emotional pain associated with their personal abuse.   For many children, research has shown a correlation between verbal and emotional abuse and many antisocial rooted behaviors.  Sadly, for some children, the pain is too much and they turn to self-mutilation to dull their emotional scars and pain.

As a parent, don’t you want your child to positively thrive?  Haven’t you had dreams that your child would live a life filled with unconditional parameters including love, joy, peace, and happiness? If so, it begins within you. You are the parent and you can make a tremendous difference not only in the life of your child, but in the life of each person they encounter.  Furthermore, you can prove a beacon of hope, encouragement, and security. When your child makes mistakes, fails, or disobeys, remind them that they are loved; they are worthy; they are beautiful; and they are intelligent.  Your child needs you to be their ally and advocate. They need you to be a positive parent and an influential friend.

18 comments on “What are the Effects of Verbal Abuse on Children?”