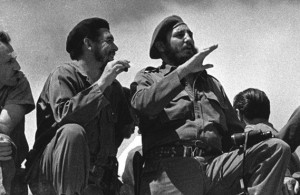 Without making a giant “PC” blunder and risking offending any one ethnicity, different countries are ruled, lead or perhaps left to their own devices, in their own unique way. Some countries are riddled with anarchy, hostility, laissez faire attitudes, impoverished, or are down right dangerous places to live.

Or? They are cohesive, unified, successful flourishing pieces of the planet.

This entry is not about depicting the political landscapes of today or why or why not those countries are thriving or not thriving. Rather, the parallel that I am making is how leadership style directly impacts the population.

So you, the parent(s) are the leader(s), oh, tangent, how good would it be though to have 2 equal top leaders for every country, male/female. Yes I am aware, I am now making a real PC blunder here, I am slanting this towards the conventional relationship being a heterosexual one, this is not my intention, the reference was only to highlight the potential to have a man and a woman lead the country or world, just saying…

As I digress, back to the point. As leaders of your familial residential empire, what is your style? Do you set the this tone: my way or the highway (reflecting a high degree of order but zero on the fun-loving scale), or, anything goes (aka party-time, and we’ll clean up or catch up or show up sometime..), or, figure it out on your own (kind of speaks for it self, not much organization, or fun, mostly kids are on their own in this camp). Or another style…which I will mention a little later.

In the first reference, we will likely invite our children to either learn to follow the rules, or better said, “Obey the rules.” Alternatively, we could be inviting revolt, lots of fighting and power struggles, resembling a sort of Cuban Revolution. As leaders of this style, we will as parents likely be fatigued often as we will need to “catch them” being bad so we can dole out the appropriate punishment. Fun as a collective (family) here will be minimal if we are striving for a high degree of order. So the risks here are high for coups d’état or coup attempts.

Conversely, is the parenting style that reminds of the 60’s flower children, where the children come first for everything. In this regard, an abundance of attention and focus may be felt by the child in order to cultivate a loving atmosphere. This can back fire too!! Does the word entitled ring a bell? Or worse yet, they are really lazy and disorganized? Hence I reveal the bias of the style I am most allergic to.

The 3rd style presented is the one where the parent is invisible; kids in this environment have no leader. The probabilities of how they turnout are unknown. This style depends highly on whom the children attach to as role models. Fingers are crossed here that the children attach to a solid figure, which could be an aunt, uncle, grandparent, teacher, etc. Without the presence and connection with someone in there home they will search for that person or group outside of the home. Hopefully that person or group doesn’t resemble a collection of discouraged children that find their place in the world by doing crime, drugs, alcohol or explicit behaviours. In this home, the leader doesn’t exist, so the country/family will lack both order and comfort. Sure they will have freedom, but it will come unguided.

I have had many kids come through my office battling addictions, depressed or in relationship problems as young teens, and there one wish when they look back on their family life, was to have one parent pay attention, even have too many rules. Their parents never asked about report cards, there were no curfews, but there were no attempts to connect either. Hurts were left to be tended to on their own. Remarkably, some of the kids I saw were doing okay in spite of this environment. What is it about them then? Well, remember I spoke about probabilities; the probability for them was that they could have strayed, but they didn’t. This lucky few had at least one person in their life that demonstrated love, attention and mutual respect.

Speaking of mutual respect, this brings me to the 4th group. In this group there is a high degree of order (reflected as firmness around boundaries, responsibilities, and expectations) as well as a high degree of freedom (reflected in kindness, love and attention). The difference in this quadrant is the 2 (order and freedom) happen simultaneously, which looks like mutual respect. By definition, then, this type of parenting style exudes both respect for the child and the parents.  The name for a country that is built on strong leadership where the people the respect the leader and the leader respects the people is called democracy. It doesn’t mean everyone is equal. It does mean that everyone is equally worthy though, which is quite different than an authoritarian ruled nation; where one must listen and obey the ruler.

Having outlined 4 different styles, in reality, likely we all pass through at least 3 of the quadrants on most days. Does this dance sound familiar? You set out to make a great day for your family and kids and the focus is on the kids, and then you begin to not be able to stand them, so the hammer comes down and you then must let everyone know who rules this place, and then you can’t stand the sound of yourself so you flip back to the nice, loving, albeit kind of crazy mom. And then you remember this great article you read that offers a new way of parenting, order and freedom at the same time, the democratic way, and you take a deep breath….Striving for an environment that reflects kindness and firmness at the same time is something we can shoot for.