“Be the change that you wish to see in the world.” 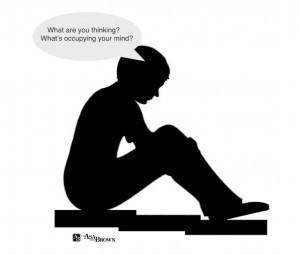 Children who act out in an oppositional manner, are frequently drawing upon an internal struggle to oppose or reject something in their lives.  Oppositional children are often blamed for their defiant behaviors, but are not always offered a listening ear, to hear why they are acting out in a disobedient and uncooperative way.

It is important to recognize that not all children who are acting out or behaving in an oppositional manner, should be diagnosed.  In fact, it is of extreme importance that children who act out in negative ways be given an opportunity to discuss the problems that plague their young lives.  Moreover, as a good clinician, we should be looking at the entire scope of the child’s life, including the psychosocial and economic perspective.  Unfortunately, in some egregious cases, children are reacting rather than simply acting out.  Therefore, as a clinician we must offer our best detective skills when looking at the life of a child.

THE DIAGNOSTICS OF OPPOSITIONAL DEFIANT DISORDER 313.81

A. A pattern of negativistic, hostile, and defiant behavior lasting at least 6 months, during which four (or more) of the following are present:

Note: Consider a criterion met only if the behavior occurs more frequently than is typically observed in individuals of comparable age and developmental level.

B. The disturbance in behavior causes clinically significant impairment in social, academic, or occupational functioning.

C. The behaviors do not occur exclusively during the course of a Psychotic or Mood Disorder.

The APA DSM-IV-TR also indicates that “Oppositional Defiant Disorder usually becomes evident before age 8 years and usually not later than early adolescence.” (APA, 2000, p. 101) Again, it is prudent to know the life of the child. What are the psychosocial and economic environments like for the child in question?  Has the child been a victim of abuse, witness to abuse, or currently being abused?  What are the overall pressures like in the child’s home? “Although usually unaware of what he (she) is doing, the Oppositional Child reacts specifically and adaptively to a pattern of parental pressures-pressures sometimes subtle but always so pervasive that usually there is really nothing constructive he can do but oppose them.” (Braman, 1997, p. 7)  Oppositional behaviors frequently occur when life is proving intolerable or overwhelming.  Are you expecting too much from your child? What are the consequences when your child does not follow through with a direct order or request?

THE TEMPERAMENT OF AN OPPOSITIONAL CHILD

The temperament of an Oppositional Child is often thought to be egregious in nature, but the truth is, the opposite is the reality for many of these children.  For many oppositional children, there is a notable correlation of having low frustration tolerance. “Children with low frustration tolerance are adamant in wanting to end the cause of their frustration as quickly as possible.”  When they are having a hard time with a task (e.g., homework, some tasks they don’t immediately understand, or a toy or game that they can’t make work the way they want), they find that the best way to eliminate their frustration is to stop trying and do something else instead. If they want to do something and their parent (or another adult) won’t let them do it, the best way to eliminate their frustration is to act in ways that might get the adult to change their mind and leave them to their own desires and interests.

THE CAUSATION OF OPPOSITIONAL BEHAVIORS

Oppositional behaviors occur when parents are trying too hard and children are not trying hard enough.  Oppositional children are sometimes asking for help way too soon, rather than working out the details of a problem.  ODD is frequently recognized in children who find it difficult to face a challenge.  In our society of instant gratification, such children expect immediacy, rather than proving patient.

“The parents of oppositional children may deny that they pressure their children.  In fact, they are likely to be offended by such an accusation…From the child’s point of view the answer is clear.  He (she) is expected to excel, or at least come up to parental standards in all the activities which the parents feel are important.” (Braman, 1997, p. 8)  What are you expecting from your child?  Are you being hypercritical, overindulgent, or undermining your child’s potential?

ENCOURAGING AND REINFORCING YOUR CHILD

“Being the parent of a child with ODD isn’t easy. Counseling for you can provide you with an outlet for your frustrations and concerns. In turn, this can lead to better outcomes for your child because you’ll be more prepared to deal with problem behaviors. Here are some tips to help you:

In the end, children want a parent to be unconditionally loving, forgiving, affectionate, and passionate.  Do not allow the negativity of a moment to pollute the potential of a lifelong relationship.

Rice, D. (2012) Psychotherapy for Oppositional-Defiant kids with low frustration tolerance and how to help their parents, too. Retrieved September 9, 2012 from https://www.psychotherapy.net/article/oppositional-defiants-kids