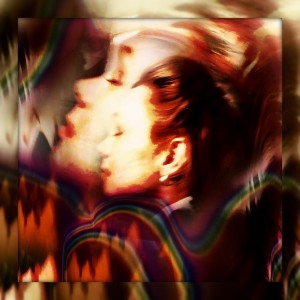 Anger is a “signal” that informs us of when we are being hurt, violated, or that our needs and wants are not being met. People usually fall in two categories when trying to manage their anger: 1)The Avoiders- try to avoid the anger and the conflict it may bring. 2) The Fighters- fight, complain or blame others. Both styles are ways of managing anger that serve to protect others, and not themselves.

“Avoiders” avoid making clear statements about what they think and feel in order to make the person they are conflict with feel comfortable. Psychologically, they may become anxious to expose differences between themselves and the person they are in conflict with due to a fear of being rejected, abandoned, or punished by them. Over time, by preserving the harmony in the relationship, they may loose clarity in themselves. As a protective measure, the avoiders put effort into reading other people’s reactions, and consequently less energy into understanding their own own thought, feelings, and wants. Ultimately, they block the feeling of anger with guilt and self-doubt. Although society rewards compliance behavior, the personal cost is high and affects every aspect of their emotional and intellectual life.

Conversely, “Fighters” vent their anger ineffectively, and can easily get into a downward spiral of negative behavior. When they voice their anger ineffectively, without clarity or direction, they allow themselves to be written off, as others may not take them seriously. Blowing up does offer temporary relief, however, when the argument is over no real change will have occurred.

How to Create Lasting Change When You’re Angry:

1. Seek Temporary Distance: Don’t fight when your heated. If you goal is to change an entrenched pattern, the worst time to have a discussion is when when you are feeling angry or full of rage. To get out of an intense argument you can always say “I need a little time to sort out my thoughts. Let’s set up another time to talk about this.” Thereafter, take time to think about the problem and clarify your position.

2. Establish Boundaries: Instead of putting your anger into trying to change or control a person who doesn’t want to change, put that energy into getting clear about your boundaries by asking yourself: “What am I thinking and feeling?” “What is the real issue here?” “Who is responsible for what?” “What do I need from the other person?” By developing a clear sense of self in the situation, you’ll become a better expert on how to resolve the issue.

3. Change the Way You Interact: When emotions are high, learn to clam down and step back in order to sort out the part you play in the interactions that you’re complaining about. Learn to observe how to change your part in the relationship pattern. If you change the way you interact in the relationship, the relationship will no longer continue in the same predicable way.

4. Anticipate and Deal with Countermoves: If you start to change your old pattern of silence or blaming, you’ll probably be met with strong resistance from yourself to change back. This resistance to change is a natural aspect of human living. If you are serious about the change, learn to anticipate and manage the anxiety and guilt that may be evoked within you. More importantly, acknowledge the part of yourself that fears and resists change.

5. Establish Good Communication Skills: Speak in “I” statements and learn to say, “I think…” “I feel…” “I fear…” “I want…” A good “I” statement says something about yourself, without criticizing or blaming another person. Avoid blaming, diagnosing, labelling, analyzing, warning, or lecturing the other person. It is also very important not to make vague request such as “I want you to be more sensitive to my needs.” Instead, be clear about what you specifically want. Hence, it’s important not to expect others to be mind readers.