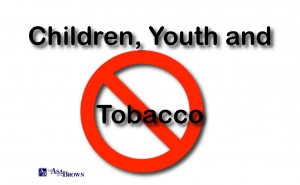 “The health effects of cigarette smoking have been the subject of intensive investigation since the 1950s.  Cigarette smoking is still considered the chief preventable cause of premature disease and death…” (NLM, 2012, Online) The relationship of smoking and mental health disorders had long been overlooked and underestimated.  The primary reason for the underestimation, is that those who were addicted to cigarettes, as well as having a mental health disorder were often within the norm of society.

Tobacco has a significant effect upon one’s emotional and cognitive wellbeing.  Have you ever witnessed someone who is desperate to have a smoke? They are often agitated, anxious, jittery, and in some form of emotional distress.  Tobacco’s primary stimulate is nicotine which is linked to being the catalyst for its addictive nature. Nicotine is said to be more addictive than cocaine, methamphetamine or alcohol.

WHAT IS THE ATTRACTION TO SMOKING?

The attractiveness is further fostered by the physiology side-effects. “Nicotine stimulates the brain to release dopamine, which is associated with pleasurable feelings, and smokers quickly develop regular smoking patterns. Eventually, smokers need increasing levels of nicotine to feel ‘normal’. As the nicotine content in their blood drops below a certain level, they begin to crave a cigarette. This craving makes the smoker feel ‘stressed’ until the craving is relieved. The relief felt when this craving is finally satisfied is the feeling that smokers commonly mistake as ‘relaxing’.” (ASH, 2012, Online)

THE EFFECTS OF TOBACCO ADVERTISEMENTS

“Research has shown that young children—younger than 8 years—are cognitively and psychologically defenseless against advertising.” (AAP, 2012, Online) Therefore, if the advertising world says that smoking will enhance your libido, make you more attractive, or make you a better athlete; then the message sent out to children is that their lives will improve with the use of tobacco.

“Young people face enormous pressures to smoke. The tobacco industry devotes an annual budget of nearly $4 billion to advertising and promoting cigarettes… Clearly, young people are being indoctrinated with tobacco promotion at a susceptible time in their lives.” (NLM, 2012, Online) It is this bombardment of advertising that nulls out the senses making the use of tobacco acceptable.

WHAT’S THE HARM WITH SMOKING?

The United States Surgeon General reports that “tobacco use by youth and young adults causes both immediate and long-term damage. One of the most serious health effects is nicotine addiction, which prolongs tobacco use and can lead to severe health consequences. The younger youth are when they start using tobacco, the more likely they’ll be addicted.” (Surgeon General, Online, 2012)

Factors commonly associated with tobacco use:

The use of cigarettes gently coerces the mind of the youth, making other high risk behaviors (e.g., drug use, alcohol, indiscriminate sexual encounters) more acceptable.   Therefore, children and youth who would normally sway away from drugs or alcohol, may choose to, or be swayed into using drugs and alcohol.   Moreover, the cigarette companies, vendors, and manufactures are not the only ones at fault.  In general, youth begin smoking because of societal pressures and the need for acceptance.

INITIATIVES FOR ENDING THE USE OF SMOKING

During the past couple of decades, there has been a significant increase in tobacco use in the public school system.  The problem is, the financial woes of our society have become the personal woes of the current generation of young people.    “If current youth tobacco use trends continue, 6.4 million of today’s young people will die from tobacco-related diseases.” (CDC, 2012, Online)

Create support groups for children and youth in your local school district.   Rather than suspending young people because of their addictive habits, find positive alternatives (e.g., school counselors, psychologists, support groups) to help them cope with whatever stressors may be plaguing them.   Alienating youth from their peers will only enhance their desire to smoke.

It is important that the school systems recognize that many children and youth are addicted because of societal pressures and woes. Recent research has shown that children who have been given a second chance have a greater probability of recovery; whereas children who are suspended have a higher likelihood of abandoning their academic pursuits leaving them vulnerable to societal pressures.  Therefore, it is society’s obligation to raise a child, with the respect, dignity, and unconditional love that we all deserve.

Centers for Disease Control and Prevention, CDC (2012) Smoking and tobacco use, Youth and tobacco use. Retrieved June 18, 2012, from http://www.cdc.gov/tobacco/data_statistics/fact_sheets/youth_data/tobacco_use/index.htm

Centers for Disease Control and Prevention, CDC (2012) Smoking and tobacco use, Resources for teachers of youth and young adults. Retrieved June 18, 2012, from http://www.cdc.gov/tobacco/resources_for_you/children/index.htm

U.S. National Library of Medicine, NLM (2012) Preventing tobacco use among young people, A report of the Surgeon General. Retrieved June 19, 2012, from http://profiles.nlm.nih.gov/NN/B/C/F/T/_/nnbcft.pdf

2 comments on “Children, Youth, and Tobacco”