This blog post on bullying has to do with the short-term effects that bullying has on the victims while under the bully’s influence.  The points I will be explaining are taken from Marie-France Hirigoyen’s book “Le harcèlement moral: la violence perverse au quotidien”.  Although the points are mainly hers, I will be explaining them in my own words. The following points are tell-tale signs that we, counsellors, may have a victim of bullying sitting in front of us.

Standing Down: Victims of bullying generally stand down out of fear of undesired consequences: retaliation, break up, guilt-trip, humiliation, loss, etc.  The bully will use this fear as leverage, thus mentally paralyzing his victim.

Confusion:  Most of the bullying is passive-aggressive and ambiguous at the onset, which leaves room to doubt the aggressive nature of the actions committed or the wo 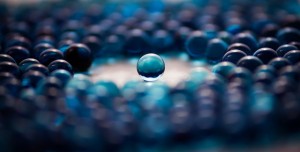 rds spoken.  As a result of the confusion, it is not uncommon over time for the individual to experience poor concentration, frequent loss of train of thought, delayed reactions, reduced ability to perform complex intellectual activities, etc.

Self-doubt:  The bully sees to it that the victim think that he is guilty about what happens and yet feel powerless to do anything about it.  Self-doubt in the face of the violence suffered creates paralyzing confusion. As the victim becomes defenseless, he also becomes the scapegoat upon whom the aggressor puts all of his own insecurities, faults, flaws, etc…


Stress:  The imminent and ambiguous nature of the bully’s violence is a great source of stress.  Being able to identify the cause of your stress confines the stress to specific people, places, etc.  Not being able to identify it makes everything and everyone in your life a suspect, even yourself. This, in turn, can fuel the self-doubt.

Fear:  In response to the fear of being hurt again, the victim has two choices: to be submissive so as to avoid triggering the wrath of the bully or to stand up to him and draw the line.  Both options fuel the bully’s wrath: submission speaks of meekness and gentleness, thus bringing to the forefront the bully’s inability to manage his own insecurities, whereas drawing the line draws further violence because the bully does not want to lose his scapegoat.

Isolation:  The surroundings play a big role in the bullying dynamic.  Observers who pick up on what’s happening usually avoid openly defending the victim out of fear that they will become a new target.  To both the bully and the victim, the passivity is easily interpreted as approval.  The bully feels supported and the victim feels isolated from any support.  Fear fuels the instinct to withdraw and become isolated.