Living under the influence of a bully is no walk in the park, as we’ve seen in my last post. To add insult to injury, the battle doesn’t end with the realization of what’s happening or the desire to put an end to the abusive influence. There are consequences to deal with in the aftermath of the abuse. In her book Le harcèlement moral: la violence perverse au quotidien, Mrs. Hirigoyen lists four steps to the aftermath of bullying. 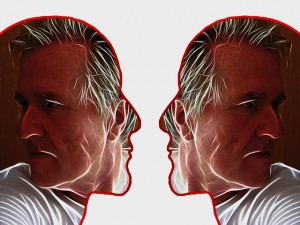 Shock: There is a crucial turning point in abusive relationships when the victim realizes what the bully was doing all this time. While being the first step towards liberation, that moment of enlightenment hits the victim like a tidal wave. From this point on, the victim relives every bullying moment in his/her mind, seeing for the first time the extent of the abusive nature of the relationship. This experience can be quite traumatizing. With it comes turbulence of emotions: hurt, helplessness, humiliation, and eventually anger when the shock wears off.

Decompensation: At this stage, the victim’s resilience to stress has been weakened and eroded by the ongoing assaults. When stress crosses the boundary of manageability, there is decompensation. Stress then forces its way out through outbursts of anger or acts of self-harm (including suicide), which the bully often perceives as justification for his own acts of violence. The overload of stress also manifests itself in fatigue, lack of motivation, depression, anxiety, anger, even to the point of dissociation.

Separation: After seeing the situation for what it is and that the ongoing assault won’t relent, the victim is faced with a choice: keep low and submit to the others’ domination or fight to free himself/herself.

Evolution: Out of those who find it in them to break out of the toxic relationship, many will find themselves struggling long after the abusive relationship ended. We commonly see the bullying injuries evolve to three different levels:

A bitter memory that stirs up negative emotions, but is otherwise accepted and managed. This is especially the case when the abuse was happening outside the home and for a short duration.

An uncontrollable aggressive instinct that stems from that old feeling of being powerless, which is now causing the former victim to feel a consuming anger towards anything that triggers that old feeling.

Post-traumatic symptoms. Due to the fact that the bully-victim relationship put the victim “under siege”, the victim had to be constantly on the defensive. The old survival/defensive instincts are easily triggered and the former victim develops behaviors in response to the stress stemming from the traumatic experience, underlined by avoidance, acute fear, panic, anxiety, etc.

On my next post, we will take a look under the bully’s mask.