I’ve been reading a lot lately about the nervous system connection between the gut and the mind—primarily, about the importance of the vagus nerve that connects the GI system to the brain, and whose branches orchestrate whether we respond to changes in the environment via social engagement, fight or flight, or shutting down. This past Saturday however I was reminded of another gut-mind connection when I noticed an emailed Wellness Tip from The Cleveland Clinic that mentioned that “Over time, your microbiome may influence everything from your weight to your risk of chronic illness — including your mental health.”

What is your microb 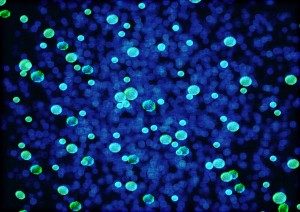 iome? It refers to the genetic material of the vast collection of microbes (bacteria) that line your GI system and that also live on your body. (1) This collection can weigh up to 6 pounds, has 2 million genes (vs. our own humble 23,000), and can be thought of as another organ with potentially diverse functions still to be discovered and confirmed.

I first read about the microbiome in The New York Times Magazine’s June 28, 2015 mental health edition, in an article entitled Gut Feelings, by Peter Andrey Smith. Gut Feelings described a compelling hypothesis currently being investigated that suggests that gut microbes might influence mental states like anxiety and depression, and explored some possible mechanisms of action of this influence. This hypothesis seems plausible to me, as many clients with depressive and anxious (especially anxious) symptoms also report GI symptoms; and, as the article describes, intestinal disorders “coincide with high levels of major depression and anxiety”. So compelling is this hypothesis that the US Taxpayer-funded National Institute of Mental Health in September 2014 offered four grants of $1 million each to support research on the gut microbiome’s role in mental disorders.

“Somehow” the article describes, “micro-organisms in the gut tickle a sensory nerve ending in the… intestine and carry that electrical impulse up the vagus nerve and into the deep-brain structures thought to be responsible for elemental emotions like anxiety.” The article explains that neurotransmitters like dopamine, serotonin, and GABA—the same ones that are thought to communicate and regulate mood in the brain, and that are often targeted with antidepressant and anti-anxiety medications—are actually also secreted by these microbes in the intestinal tract. Thus, much of our supply of neurochemicals may originate in the gut; and thus, these bacteria might affect the brain and mental health. And hence, neuroscientists John Cryan and Ted Dinan have named these potentially mind-altering microbes ‘psychobiotics’.

What are the implications? Will changing someone’s bacteria one day be a treatment option for mental health issues? For example, in one experiment by Cryan and Dinan, mice fed bacteria kept swimming longer when placed in water than their counterparts, who gave up sooner and just floated in “behavioural despair” (or “immobilized woe”).

This treatment application is perhaps plausible, but still very far from supported, as the research is still in its infancy. But, certainly food for thought!

Trudi Wyatt, MA, RP, CCC is a Registered Psychotherapist and Canadian Certified Counsellor in Private Practice in downtown Toronto. She has been practising for over six years and currently works with individual adults on a variety of life challenges such as depression, anxiety, anger, trauma issues, and career choices.