We know that people often change jobs. In fact research show that’s on average people switch careers 5 to 7 times in their life. I am currently in this transitional phase and would like to share with you some of the angst I am feeling during this time.

I have had the anxiety that many teachers face when moving positions or schools but working within the same board has always made that transition easier.

Now, I found myself changing my job for the fourth time in 7 months. I have not lost a job, nor have I been fired, but that does not mean it is not stressful. The first job change came when I left my permanent job of 15 years to relocate our children and I to where my husband was working. I did find a job quickly, (job number two) in a great community but the pay was $30,000 less. WOW. We thought we could do it and we discovered pretty quickly that 5 people will struggle on two low incomes. So, as great as my job was I knew I would have to move on as soon as another job became available. That other job came quicker than I thought it would and so within 2 months of the first move I was off again. I took job number three, said goodbye again and moved on as a substitute teacher in the local board. Money went up, bills got paid and now, only a few months later I am facing another possibility: stay as a substitute in the position that I will probably have for a year and hope it leads to a more stable job down the road, or apply for some permanent positions that have recently crossed my desk. Again, I enjoy my position but it is not a permanent job. Do I stick it out and hope for the best or apply for others positions again? ARGH. I apply and thankfully, after several job moves in a short period of time, I am happy to report I have a permanent, stable career in my field. I am extremely glad that I made the decisions I did and that I am now in a better place financially and professionally. 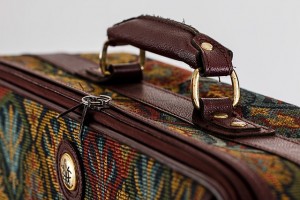 However, perhaps my personal health took a bigger toll then I realized. Here I am again moving jobs, packing up my stuff, saying goodbye to great coworkers and moving into a new job. This is the third move and fourth job time since January 17, 2015. I did not realized how much stress I was under until I finally allowed myself to relax. I am now noticing that my shoulders are extremely tight, my migraines are coming back, my bite plate may need to be replaced and I have gained a bit of weight. Right now I have a headache and feel like a could sleep for days. AHHHH…the joys of career and life changes. Remember to take care of yourself!!