“Rivers know this: there is no hurry. We shall get there some day.”
~ A. A. Milne 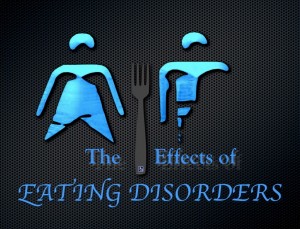 Eating is a natural and an essential part of life.  The function of food is to nourish the body, but was created to be enjoyed by human beings, as well.  For many, few thoughts are more exaggerated or obsessed, than those who struggle with eating disorders.  An eating disorder cannot only consume your every thought, but it can, and often does, consume your very existence.  You become a prisoner of your own thoughts, and are robbed of many of the joys of everyday living.

As a clinician, I have worked with many who have struggled with eating disorders and disordered eating.  Eating disorders can be defined as disorders that are characterized by abnormal or disturbed eating habits.  “An eating disorder is a collection of interrelated eating habits, weight management practices and attitudes about food, weight and body shape that have become disordered… This disordered eating behavior is usually an effort to solve a variety of emotional difficulties about which the individual feels out of control. Males and females of all social and economic classes, races and intelligence levels can develop an eating disorder.” (PBS, Online, 2013)   Hollywood perpetuates many of these distorted ideals by placing a high value on vanity and perfection. Teenagers are especially impacted by these unrealistic standards, and are daunted by societal pressures to the point of self-sabotage and self-abuse. Unfortunately, in the case of eating disorders and disordered eating, food is the weapon of choice and the individual is the victim of faulty beliefs generated by himself/herself.

The Diagnostic and Statistical Manual of Mental Disorders (DSM-5) has three primary classifications for eating disorders, they are:   Anorexia Nervosa, Binge Eating, and Bulmia Nervosa.

The DSM-5 has defined the primary types and symptoms of eating disorders as being:

Binge Eating Disorder:  Binge eating disorder is defined as recurring episodes of eating significantly more food in a short period of time than most people would eat under     similar circumstances, with episodes marked by feelings of lack of control. Someone with      binge eating disorder may eat too quickly, even when he or she is not hungry. The person     may have feelings of guilt, embarrassment, or disgust and may binge eat alone to hide the behavior. This disorder is associated with marked distress and occurs, on average, at least once a week over three months.

Eating Disorder Not Otherwise Specified (EDNOS):  is the diagnostician’s (psychologist, psychiatrist, etc) tool to explain why a diagnosis has either been deferred, not specified, or other disorders have been ruled out.

Eating disorders are rarely caused by food consumption, weight preoccupation, and preoccupation with food.  In a majority of eating disorder cases, the patient is suffering, coping, or afflicted with a much graver psychological dynamic.  The dynamic may ignite stress or an anxiety causing an unmanageable pressure, tension, or an emphasis on a specific aspect of one’s life.  Furthermore, the stressor may be related to an environmental, behavioral, interpersonal, intrapersonal, or a familial event.

The thoughts of someone struggling with an eating disorder often reflect the following sentiments:

“We mirror what we see in life, and our empathy expands or contracts in response to our early encounters.” (Ciaramicoli & Ketcham, 2001, p. 33)   As children, we are behaviorally and psychologically conditioned, to think the thoughts we think, to ponder the ideas we think upon, and to perceive the world as we perceive it.   “When our caretakers are inattentive, depressed, or filled with anger and resentment, the mirror they hold up for us offers a distorted vision of reality.  Looking in the mirror of their confused thoughts and feelings, we see a distorted, unrealistic image of ourselves.” (Ciaramicoli & Ketcham, 2001, p. 33)  As the child begins to develop, they transform into the image that the parents have projected.   Often times, this perception is illusive. When illusion is combined with disparaging beliefs about oneself, this delivers a detrimental blow to the child’s psyche.

As a clinician, I realized early on that eating disorders affect all ages, populations, genders and sexual orientations. “Eating disorders are serious emotional and physical problems that can have life-threatening consequences for females and males.” (NEDA, 2013, Online) For far too long, eating disorders have been considered to be gender specific, but the reality is, eating disorders do not discriminate or differentiate between peoples.

A challenge for a practitioner to distinguish between healthy and unhealthy eating is the distinction between maintaining a normal weight, diet, and lifestyle.  Moreover, the greatest challenge occurs when you try to define healthy verses unhealthy.  The mental health of the individual is the primary distinction and determination of a healthy verses an unhealthy individual.

THE HEALING AND RECOVERY PROCESS

The following are suggestions for encouraging those with eating disorders.

2)      Be willing to seek out professional services.

4)      Relinquish your need for control, allow yourself to be vulnerable.

5)      Avoid environments and people that are hostile, unfriendly, and antagonistic.

6)      Learn to develop friendships for support, rather than seeking food as your ally.

7)      Be aware of your limitations and identify areas that need strengthening.

8)      Consider journaling your thoughts, feelings, and emotions. When journaling, be certain to journal a positive entry for every negative thought, frustration, or agitation.

10)  Always be considerate of your person.  Avoid placing unnecessary stressors upon yourself.

11)  Practice daily affirmations, breathing, and actions that will positively influence your person.

I am a person of worth.

I am a person of value.

I am a person deserving of respect, love, and kindness.

I am a person deserving of friendships and relationships.

As a person, you are deserving of unconditional acceptance, love, approval, and grace.