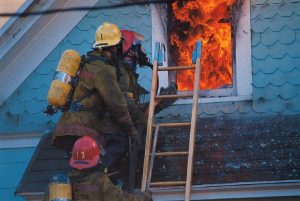 Do You Have Trauma Symptoms?

If you have any of the following you might have post traumatic symptoms or even a firm diagnosis or PTSD:

If you think that you have not experienced a potential traumatizing event, surprisingly most people have had at least one traumatic event in their life whether it is witnessing one or being in a car accident, breaking a bone in an accident or in a sports activity or losing a family member (estimated 70% in the US). Trauma is as old as humanity, however the field of Traumatology is relatively young with its origins in the 1990’s. The study and treatment of trauma incorporates biological, social, psychological, economic and political factors. Trauma is an exceedingly complex subject and my intention in this article is providing important information about Trauma and PTSD for my clients, colleagues, and readers. Understanding trauma and the profound affects it has on individuals and communities is essential in providing the resources for those people struggling with the effects.

During my Masters training in Chicago I was introduced to Dr. Colin Ross’ work, a Canadian born and trained psychiatrist, whose book The Trauma Model (2006) profoundly influenced my practice and my understanding of trauma and psychological disorders. Dr. Ross suggests that trauma is usually the factor underlying most mental illness diagnoses and that using this model helps in dealing with the issue of co-morbidity. The Colin A. Ross Institute (www.colinross.com) contracts with psychiatric facilities in Texas, Michigan and California providing treatment for psychiatric disorders.

Another of my instructors in trauma work is Dr. Bessel van der Kolk whose work at the Trauma Institute (www.traumacenter.org) in Brookline MA is at the forefront of trauma treatment. His recent publication The Body Keeps the Score (2015, Penguin books) is an excellent resource for practitioners and clients. The research he conducted on Eye Movement Desensitization Reprocessing (EMDR) and incorporating Yoga in treatment for trauma is important work.

The Definition of Trauma

Posttraumatic Stress disorder (PTSD) is the term for the clinical diagnosis that meets the criteria for the disorder after a trauma event or an extreme stressor such as:

PTSD is difficult to diagnose as it is often masked by other symptoms and people can be asymptomatic for months or even years. Often clients are misdiagnosed with depression, high anxiety, bipolar disorder /or psychotic symptoms when at the root of their distress is a traumatic event that more than likely is forgotten or repressed. The memory, likely in a fragmented state, of the trauma is located, at least partly in implicit memory, the very large repository of unconscious material in the brain. This area governs most of our decisions and actions however for most people it lies beyond their conscious awareness.

Often the person develops panic attacks without a connection to a trauma event. Untreated trauma could also be indicated in suicidal thoughts or high-risk behaviours. Other possible symptoms include anger and irritability, feelings of alienation, betrayal, mistrust and isolation. Sometimes the trauma is manifested in psychotic symptoms such as paranoid and/or delusional thoughts. Another complication is when people distract or self medicate with substances such as alcohol or drugs. Generally the person feels on guard with a general feeling of unease when outside of their home.

Tragically, there is a widespread blind spot where trauma is concerned and the treatment of trauma is mixed in part due to the fact that there is organizational and cultural amnesia and denial of the symptoms of PTSD and the reality of trauma. Both Judith Herman (1997, 2015) and van der Kolk discuss the political implications of addressing PTSD. Perhaps it is as Van der Kolk, Weisaeth & van der Hart (1996) suggested, in their view of psychiatry’s historical approach to trauma. They are highly critical of psychiatry and the medical profession as a whole, stating that it has amnesia about the reality of trauma and its affect on the human psyche, and that there is periodic denial and minimization of the fact (and impact) of trauma.

Herman and van der Kolk suggest that the acknowledgment of the reality of trauma has gone through periods of discovery and periods of invisibility, closely mirroring the public and political appetite to address its importance. Compassionate lay observers tend to be the only people who keep the importance of trauma in their awareness. The biggest concern is that valuable knowledge and time has been lost in the process of denial (van der Kolk et al.). People do not get diagnosed or treated appropriately.

Herman (1997, 2015) also delineated the political aspects of trauma and she asserts that trauma cannot be understood without examining the social context surrounding the situation. Essentially, the recognition of psychological trauma is a political issue. In order for trauma to be considered, the issue of war itself needs to be addressed, as does the inequality of minorities, and of women and children in domestic abuse and violence in society. Unless human rights are a priority, and oppression is challenged, there is minimization, denial, and “forgetting” in the minds of individuals as well as society when it comes to trauma. The affects of trauma and perpetual war are profound in society and rarely acknowledged.

Examples that I often deal with in my practice are traumatic injuries, assaults and bullying and harassment in the workplace. Other examples include veterans who have long fought for recognition of traumatic stress in combat and vicarious trauma and secondary traumatic stress of police, firefighters, paramedics, frontline workers and health care workers. In addition, trauma dramatically changes the brain and often the worldview of the recipient. When examined under a functional MRI the brains of trauma recipients show scattered activity whereas the brains of non-recipients show focused activity.

With symptoms, tolerance for stress, much like a physical injury’s tolerance for physical activity, is decreased and people are easily triggered into a stress response. They can exhibit fear behaviours such as the flight/fight/or freeze response likely not in keeping with the situation. I remember General Romeo Delaire speaking at conference I attended. He is a vocal proponent of the military’s recognition and support for PTSD.  General Delaire said he was in a marketplace in Africa when a fruit vendor used a machete to cut a large watermelon. He said when he noticed this happening he just “lost it”. He knew then that he had PTS symptoms and needed help.

An important piece of information to consider is that the affects of trauma do not disappear overnight even with prolonged treatment, they linger in some form for years. Treatment such as EMDR and desensitization certainly help reduce the emotional impact but symptoms remain. We also know that if someone has had PTSD symptoms once, they are at high risk for developing them again, especially with subsequent trauma experiences.

People with trouble concentrating, disorganized thinking and sensitive nervous systems, hair-trigger reactions often with anger, depression and anxiety, and somatic symptoms such as chronic pain are likely suffering from residual symptoms and often their condition is misdiagnosed. Another symptom of trauma is dissociation, a condition where the person feels like they are outside their body. They never appear grounded and in the present. This is survival technique that over time causes dysfunction in everyday life. In more severe forms it can develop into separate egos or “alters”, and dissociative identity disorder.

Treatment varies depending on the treating professional. I tend to take an integrative approach, using the following:

Grounding and containment are very important in making a person feel safe again because people often feel unsafe and a sense of betrayal and the trauma has changed their lives significantly. Their core self seems no longer accessible and they have difficulty trusting that life will be manageable and safe again.

Newer training approaches suggest that reliving the trauma or in vivo-desensitization is not necessary to heal from a trauma and some practitioners warn about the potential of traumatizing the person unnecessarily if they are pressured to revisit the original trauma event. EMDR performs desensitization without specifically revisiting the original trauma and body–centered approaches are helpful in helping clients feel grounded and secure in their body an essential component of feeling safe again.

Most treatment professionals have adopted a trauma-informed practice, which recognizes trauma as a component in diagnoses and that certain practices can re-traumatize. They recognize the need for helping people transform feeling helpless to empowering people to take back their lives from the effects of trauma.

Medication is a personal choice and many people express concern about taking psychoactive medication. In severe responses to trauma, medication is generally indicated to assist people to be able to function again. Sleep is an important component of healing both physically and psychologically and if a person has severely disrupted sleep they will have difficulty stabilizing and beginning to heal. If a person is actively thinking about suicide medication is also warranted. Research supports psychotherapy along with medication is more beneficial than medication alone. If a person’s response is moderate then psychotherapy may be sufficient to alleviate the symptoms.

In summary, the study of trauma is relatively new and appears to be politically and socially situated. It is often misdiagnosed or missed altogether and is often an underlying component of psychological distress. PTSD and Acute Stress Disorder are the diagnoses and the affects are cumulative. Treatment approaches vary and new approaches focus on empowerment and treating the affects and feelings around the trauma not reliving the trauma or extreme stressor. There are a number of treatment choices and it is not necessary to relive the trauma to heal. Medication along with psychotherapy is indicated in severe symptoms but with moderate symptoms psychotherapy alone might be sufficient.

Your feedback about this article and to contact Dr. Denise about psychotherapy Email [email protected] or phone 604-562-9130