In January 15 2015, I wrote an article: Emotional Health, reflecting on two Chinese international students who committed suicide during their second year of school.  The two students were Yuan Yuan, and Guo Yanjun. Yuan, a young woman in her early 20’s from Nangjing China, was in her second year of an economics degree at Amsterdam University. Guo, a 28 year old, who immigrated to America in 2001, graduated with an Honors BSc in 2006, worked in investment banking in New York, then registered at MIT, majoring in management – a journey much admired by many Chinese families.

Unfortunately, on January 27, 2015, another 20 year old Chinese international student named Wang Lu Chang a math major at Yale University, was successful in her suicide attempt.  These young students all exhibited excellent academic performance records, hard work, and were achievement driven; in the eyes of an outsider, they all would have a bright future. While we are sadly mourning these young lives, it also causes us to question:  What kind of pain was so heavy that it caused them to choose to end their own life? 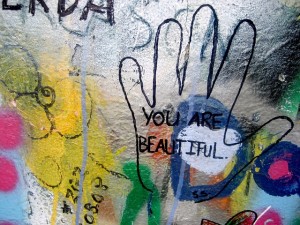 My previous article looked at this issue from an emotional health perspective; I thought it was the taboo of depression, suicidal thoughts and loneliness that blocked them from seeking help. It was the negative emotions that confounded their thoughts and their mobility, blocked their view to finding a way out; since most people see vulnerability as shame. Neither failure nor misfortunes are supposed to be disclosed or shared with others, even with family members.   Lacking the knowledge and skills to deal with negative emotions becomes an obstacle to reaching out and asking for help.

Then, recently, I have come to realize that there could be a deeper reason for their taking their own lives:  lack of Self – Esteem. In order to learn new knowledge and skills, they first have to believe in themselves and trust that there is a way out, and are willing to try. Without confidence and beliefs, they would not reach out. Even if the resources are there, they won’t be able to recognize and seize it.