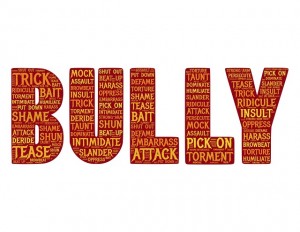 If you were to ask your clients what bullying is, some would identify events where they felt violated or pushed around by others. Some would recall an incident that made them feel targeted by others. Still some would think of specific people with whom they had negative experiences. Many would probably think back to that school bully. We’ve all experienced bullying and can say something about it, but it’s not easy to define it. It has a source. It has consequences. It has patterns.

Bullying isn’t a problem that exists in schools and children’s lives only. It is a problem that is very much present in the adult world. Anyone is capable of bullying, regardless of age, maturity, beliefs, or moral values. “Sometimes it looks different or is called by different names: sexual harassment, stalking, workplace aggression, or scapegoating. But like in childhood, bullying is one person controlling or harming someone else by use of power.” (Harmon, 2012)   As counsellors and psychotherapists, we deal mostly with the aftermath of the abuse.