To celebrate CCPA’s 50th Anniversary as a National Association, we are proud to announce that we have launched a brand new website! www.ccpa-accp.ca has a fresh new design, a more organized layout, and a sleek sophisticated feel.

All of the same information will still be readily available:

– Are you thinking about becoming a CCPA member?

– Are you interested in applying for our Canadian Certified Counsellor (CCC) designation?  Download our certification requirements & procedures manual

– Want to join a new chapter? View all of our interest based and regional based chapters

– Get the most up-to-date information regarding our Annual Conference

– Do you have general questions regarding membership, mention of membership, certification, regulation across Canada, continuing education, accreditation, or ethics? Visit our FAQ section!

– Do you have specific questions for one of our staff? Contact us directly!

We welcome your feedback, so please feel free to leave your comments below.

I am preparing to present at the annual conference for the New England Association of College Admission Counseling (NEACAC) in early June to give a presentation on Canadian universities for guidance counsellors from the New England area. As a long time counsellor specializing in university decision-making, I head south every year to hear the latest changes to the admissions processes for students applying to US universities. I believe Canadian students have a wealth of post-secondary educational opportunities in Canada, the US and around the world so I try to stay abreast of developments in the world of university admissions. I have no agenda for where students should apply but try to ensure they are informed with relevant information about whatever university options they might have, be it in Canada, the US, the UK or other areas of the world. I also feel it is important to share information regarding Canadian universities with our UScounterparts, who are painfully unaware of what Canada has to offer. 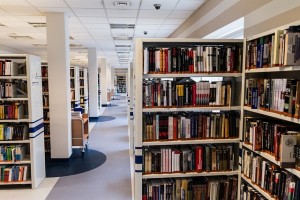 END_OF_DOCUMENT_TOKEN_TO_BE_REPLACED

I’m breaking out. Pimples galore- small ones, big ones, very angry red ones, shy white head ones, and everything else in between. I’m not happy! Something’s going on internally for my face to break out like this. There’s no winning. It’s a constant battle. I pop one, another appears. The one that I thought I popped and cleaned out completely then comes back with a vengeance. And so the weeks continue in this order; feel a pimple from under the skin, begin face wash routine, it comes to the surface, eventually pops, and then another arises. The strategy that I’ve taken on is one that is managing the pimples as they come up, and not a proactive one to ensure they don’t come up at all. One day, after pointing to a pimple that I thought I had popped, but really came back bigger and angrier, my boyfriend finally said, “These are stress pimples”. He was right, I wasn’t denying that. He was referring to both my work and home life stress. As supportive as he is, he understands that there are only so many ways he can be helpful and the rest is on me. Work and personal life stress were accumulating and both began to bleed into each other. I was struggling with the boundaries. Became very emotional, struggled to get through the day without breaking down into tears, started getting very snippy with those I loved and the pimples were showing no signs of retreat! I needed a new strategy! I began by breaking down the causes of distress into a pie chart; the bigger the slice, the more priority. Then I decided on which slice I would like to metaphorically eat first. I started with the smaller slices. Some slices required more processing than others, but as the weeks went on, I began to notice the pie was no longer whole, but had a couple of slices left. These slices have now become common every day struggles, you know, like what to have for dinner, or what outfit will I wear? When I began to dismiss some of the stressors as unimportant and took away its power to ally with my enemy, the pimples, the pimple army also seemed to diffuse. Now, I’m left with battle scars on my face. At the end, I’m the one that is still standing and smiling, wearing my scars proudly. By working to solve a problem only as it is happening can be progressive for a short period of time. We need to be proactive in order to ensure that the problem doesn’t come back at all, and if it does, nip it in the bud before it becomes an army of pimples.

“Power is of two kinds. One is obtained by the fear of punishment and the other by acts of love. Power based on love is a thousand times more effective and permanent then the one derived from fear of punishment.” ~ Mahatma Gandhi

THE ARGUMENT FOR CORPORAL PUNISHMENT

The Canadian Parliament has ruled in Section 43 of the Criminal Code that:

Section 43 of the Criminal Code reads as follows:


Every schoolteacher, parent or person standing in the place of a parent is justified in  using force by way of correction toward a pupil or child, as the case may be, who is  under his care, if the force does not exceed what is reasonable under the circumstance.

END_OF_DOCUMENT_TOKEN_TO_BE_REPLACED

As we begin to wrap the year up, I thought of sharing two books with you. 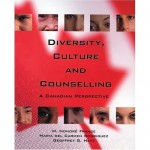 Diversity, Culture and Counselling: A Canadian Perspective:  by Geoffrey Hett, M. Honoré France, Maria del Carmen Rodriguez  is based on the belief of diversity and the importance of culture, that multicultural counselling offers an approach to working with people from different ethnic, racial, religious backgrounds and sexual orientations. Understanding the causes and costs of stereotypes and biases is vital if counsellors are to bridge the ethnic and racial divide. Being secure in one’s own identity, culturally and racially, can only help to ensure that people accept and respect individual and collective differences. This book provides necessary background information relative to many of the diverse cultural groups in Canada .Canadian society encompasses a variety of cultural, ethnic and religious groups. It is essential for the counsellor to understand the beliefs and thought processes of individuals within these various groups in order to establish rapport and understanding, as well as to make the counselled individual feel comfortable. 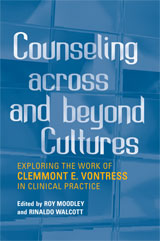 Using as a starting point the pioneering work of Clemmont E. Vontress, the contributors to Counseling Across and Beyond Cultures trace the evolution of multicultural counseling and discuss remaining challenges for practitioners. Essays include a personal reflection by Vontress himself, critical analyses of the growth of multicultural counseling, considerations of his influence in Canada and the UK, and African and Caribbean perspectives on his work. Throughout, the importance of Vontress’s accomplishments are celebrated, while critical analysis points the way towards further work to be done in the field.  The book focuses on the fact that professional counseling is a dynamic field, necessarily changing to reflect shifting societal norms and client needs. In an increasingly multicultural and globalized society, there is a growing need for counselors to be sensitive to the diverse needs of clients expressing different cultural and ethnic beliefs and facets of racial, gender, sexual, age, ability, disability, or class identities.