“Great changes may not happen right away, but with effort even the difficult may become easy.”
~ Bill Blackman 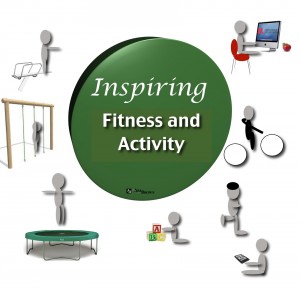 If you have a desire to inspire another, first be inspired yourself.  Inspiration can only occur if you understand what it is to be inspired.  The process of inspiring others, is frequently the messages we receive from our religious, political, and motivational leaders at the beginning of a new year.  The messages are often reminders of our abilities to be renewed.  In fact, if you consider the United States President’s, State of the Union, it is almost always placed at the beginning of a new year.  Why?  It is a way of implying that we can begin again and anew.

The tradition of setting a New Year’s resolution dates back nearly 4,000 years ago. “The ancient Babylonians made promises to their gods at the start of each year, which began in mid-March, that they would return borrowed objects and pay their debts.  March was a logical time period for the New Year because spring begins and crops are planted.  But the Babylonians had a greater motivation to stick to their promises than what we have today, because for the ancient people of Mesopotamia, keeping their promise would mean that their gods would bestow their grace on them throughout the course of the following twelve months, and breaking them would put them out of favor.” (Holloway, 2013, Online)

The avoidance of our limitations and weaknesses stems from our fear of failure.  The fear of failure is limiting, smothering our very ability to breath and function.  If we live our lives fearing the possibility of failure, then we are not living life to it’s fullest.   Fear is frequently the catalyst that drives people away from pursuing their ambitions, goals, desires, and life’s callings

“Fear stifles our thinking and actions. It creates indecisiveness that results in stagnation. I have known talented people who procrastinate indefinitely rather than risk failure. Lost opportunities cause erosion of confidence, and the downward spiral begins.”
~ Charles F. Stanley

It is crucial that we recognize that our weaknesses, limitations and failures are nothing more than  guide maps indicating our current positions within life.  We should continuously seek to be our absolute best.  Even if, there is a barrier blocking our pathway, find a way around it or through it. Fundamentally, we are the only rulers and narrators of our lives.  No one else can determine how we live our lives.